Here Are Shakespeare's 15 Most Beloved Quotes

William Shakespeare as engraved by Samuel Cousins, after a painting attributed to Joseph Taylor.
Universal Images Group/Getty Images
Ideas
By Chris Wilson
Chris Wilson is the director of data journalism at TIME.com. He is the author of RaphaelJS: Graphics and Visualization on the Web.

In honor of the 400th anniversary of William Shakespeare’s death, TIME compiled the 15 most beloved quotes from his 38 plays using a semi-scientific method: We scrolled through three different editions of his complete words for Kindle—roughly 10,000 pages—and collected the most highlighted passages. (Kindles have a feature where any reader can see which passages many other anonymous readers have highlighted.) There was significant overlap between the three.

Curiously, several of the quotations have a very different meaning in context from the way they are often deployed popularly. The “greatness” that Twelfth Night‘s Malvolio contemplates in the prank letter he reads refers primarily to social status, not courage or success. Likewise, Helena’s comment that “Love looks not with the eyes, but with the mind” is in direct contradiction to her circumstances, in which Demetrius has left her for the better-looking Hermia.

The quotations are almost evenly split between comedies and tragedies, though several famous passages weren’t chosen by the highlighters: Nowhere was Shylock’s “If you prick us do we not bleed?” from Merchant of Venice or Juliet’s eulogy to Romeo, made especially famous by Robert F. Kennedy’s tribute to his slain brother at the 1964 Democratic convention: “Take him and cut him out in little stars, / And he will make the face of heaven so fine / That all the world will be in love with night / And pay no worship to the garish sun.”

Here are the 15 most highlighted Shakespeare quotes.

1. Hamlet contemplating suicide in his famous soliloquy. (Hamlet)
“To be, or not to be: that is the question:
Whether ’tis nobler in the mind to suffer
The slings and arrows of outrageous fortune,
Or to take arms against a sea of troubles,
And by opposing end them. To die: to sleep;”

2. Polonius, giving Laertes a pep talk. (Hamlet)
“This above all: to thine own self be true,
And it must follow, as the night the day,
Thou canst not then be false to any man.”

3. Macbeth, upon learning of the queen’s death. (Macbeth)
“Life’s but a walking shadow, a poor player
That struts and frets his hour upon the stage,
And then is heard no more. It is a tale
Told by an idiot, full of sound and fury,
Signifying nothing.”

4. Lafeu, consoling the Countess on the death of her husband and departure of her son. (All’s Well That Ends Well)
“Moderate lamentation is the right of the dead, excessive grief the enemy to the living.”

5. The Countess dispensing some motherly wisdom to Bertram before he departs for France. (All’s Well That Ends Well)
“Love all, trust a few,
Do wrong to none: be able for thine enemy
Rather in power than use, and keep thy friend
Under thy own life’s key: be cheque’d for silence,
But never tax’d for speech.”

6. Hamlet explaining to Horatio the appearance of a ghost. (Hamlet)
“There are more things in heaven and earth, Horatio,
Than are dreamt of in your philosophy.”

7. Caesar, to his wife, brushing aside her fear that he will soon die, which he does. (Julius Caesar)
“Cowards die many times before their deaths; The valiant never taste of death but once.”

8. Cassius, priming Brutus to join the conspiracy against Caesar. (Julius Caesar)
“Men at some time are masters of their fates:
The fault, dear Brutus, is not in our stars,
But in ourselves, that we are underlings.”

9. King Claudius, admitting to himself that his prayers are not heartfelt. (Hamlet)
“My words fly up, my thoughts remain below:
Words without thoughts never to heaven go.”

10. Friar Lawrence, chastising Romeo for abandoning Rosaline for his new love, Juliet Capulet (Romeo and Juliet)
“Young men’s love then lies
Not truly in their hearts, but in their eyes.”

11. Hermia, getting in a dig at men’s infidelity (A Midsummer Night’s Dream)
“By all the vows that ever men have broke,
In number more than ever women spoke”

12. Lysander, arguing with Hermia about love (A Midsummer Night’s Dream)
“Ay me, for aught that I could ever read,
Could ever hear by tale or history,
The course of true love never did run smooth,
But either it was different in blood—”

13. Malvolio (reading from a letter by Maria, which he believes to be from Olivia) (Twelfth Night)
“…be not afraid of greatness. Some are born great, some achieve greatness, and some have greatness thrust upon ’em.”

14. Helena, lamenting that Demetrius has left her for Hermia (A Midsummer Night’s Dream)
“Love looks not with the eyes, but with the mind,
And therefore is wing’d Cupid painted blind.”

15. Prospero reflects on the fleeting nature of drama and life (The Tempest)
“We are such stuff
As dreams are made on, and our little life
Is rounded with a sleep.” 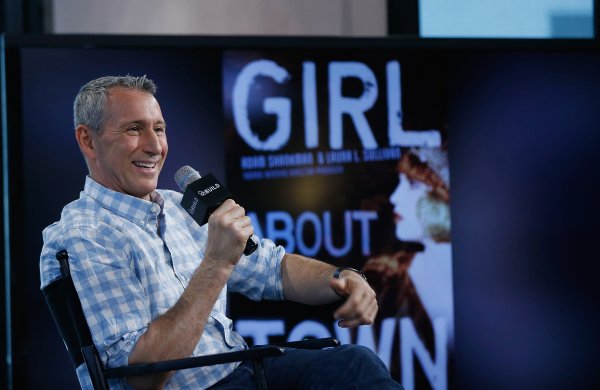 Hollywood Renaissance Man Adam Shankman on His First YA Novel
Next Up: Editor's Pick