What to Know About Theranos' Rise and Fall

News this week of an investigation by federal officials into blood-testing company Theranos marked the latest bump in the months-long struggles of a company once considered to have a significant stake in the future of medical diagnostics. Since late last year, Theranos and its CEO Elizabeth Holmes have suffered setback after setback, from negative media reports to federal roadblocks on use of its technology.

The fallout has been as quick as it was unexpected. As recently as 2014, the privately held company was valued at $9 billion and attracted attention from major pharmaceutical firms the world over. Now the company’s very future is in question.

Here’s a timeline of the company’s rise and fall:

Holmes drops out of Stanford. By the end of the year, she will have raised $6.9 million for Theranos, giving the company a $30 million valuation, according to a Wall Street Journal report.

Holmes says her company has built a device that uses a small needle and small amount of blood to test how patients are responding during clinical drug testing, according to the WSJ. Theranos technology was supposed to simplify the process of taking blood tests by allowing medical providers to test blood with a simple pinprick, rather than a process requiring a large needle and syringe.

Theranos is valued at $197 million. Holmes hires Sunny Balwani as president and chief operating officer. Balwani had experience in tech at the time of the hire as the founder of an e-commerce company but did not have any medical expertise, according to a company biography.

Theranos valuation breaks $1 billion mark in 2010, according to the WSJ, before shooting up to $9 billion in 2014. That year, Holmes is said to have a net worth of $4.5 billion, making her one of America’s richest people, according to Forbes.

Holmes is honored in the TIME 100. Former Secretary of State and Theranos board member Henry A. Kissinger praised her as “striking, somewhat ethereal, iron-willed” in a profile.

A WSJ investigative report questions claims made by Theranos about the technology it developed. The newspaper argues that the company relied on technology developed by other companies and had largely failed to develop its simple finger-prick tests. The paper also reports that the U.S. Food and Drug Administration had approved the finger-prick technology in only one test out of the more than 100 tests submitted by the company.

Lab inspection reports of Theranos by the FDA, made public after the WSJ report, found a variety of “objectionable conditions.”

Theranos says federal prosecutors and the U.S. Securities and Exchange Commission are investigating the company. The WSJ, citing unnamed sources, says the investigation is over whether the company misled investors about its technology and products. The company today conducts a number of blood tests and has received high customer satisfaction ratings according to Theranos, but only one test uses the pinprick technology that made the company famous, the paper reports. 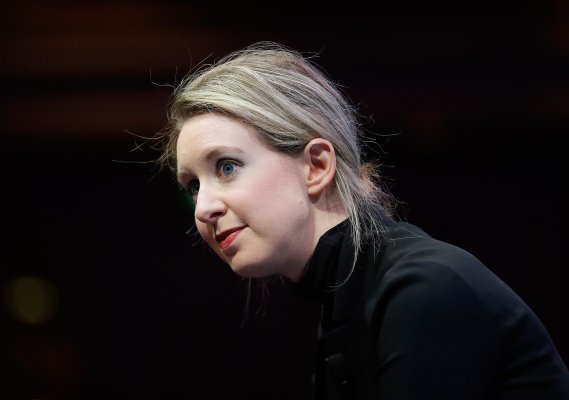 Theranos Is Under Federal Investigation
Next Up: Editor's Pick