Singer Pat Boone attends the premiere of "God's Not Dead 2" at Directors Guild Of America on March 21, 2016 in Los Angeles, California.
Paul Archuleta—FilmMagic/Getty Images
By Paul Bond / The Hollywood Reporter

Pat Boone is calling out NBC and Saturday Night Live for allegedly being anti-Semitic, anti-Christian, cowardly, “diabolical” and even demonic for a skit over the weekend that parodied God’s Not Dead 2, the actor-singer’s latest movie.

In God’s Not Dead 2, Melissa Joan Hart plays a public school teacher who is persecuted for answering a student’s question about Jesus. In the SNL skit, a trailer for a movie called God is a Boob Man features a woman being forced by a Jewish ACLU lawyer to declare that “God is gay.”

“God has a sense of humor. Why else would he invent the porcupine and the giraffe?” Boone told The Hollywood Reporter on Monday. “Something can be devilishly funny, but this skit is diabolical. God has only one real enemy — Satan. Satan ridicules faith, and they’re taking Satan’s side. They’re also ridiculing me and the film, telling impressionable young people not to see it because it’s ridiculous. Then they throw in that the lawyer is Jewish to make the Christian look even worse, but it’s just anti-Semitic.”

Boone said he used to watch SNL religiously, and in the early years he was asked to host the show.

The Hollywood Reporter: Why Religious Movies Are Luring Mainstream Stars

“I asked them to promise that they wouldn’t make fun of my faith or my family, and they wouldn’t do it, so I declined. I know they would have treated me like a complete sap,” he said. “I used to love SNL. I’d record it every week. It’s gotten filthy, though, so no more.”

“As much as I’ve enjoyed SNL,” said Boone, “they went over the line, and believers in God deserve an apology.”

Nevertheless, he says he’s not calling on NBC, SNL or executive producer Lorne Michaels to apologize, nor does he expect them to respond to complaints from him or any other Christian who might object to the skit. “I won’t waste my breath demanding an apology,” he said. “They don’t answer to me. They answer to the one they defame, and there are consequences.”

Boone called NBC and SNL cowardly because executives and creative talent know they can pick on Christians without fear of reprisal, whereas political correctness dictates that some other groups are off-limits.

“This skit was outright sacrilege. They know if they did this to Muslims they’d have to be put into the witness protection program,” he said. “There’s nothing sacred at SNL — except maybe the words ‘Mohammad’ or ‘Allah.’ They’d never take those names in vain, but when they called God a ‘boob man,’ they took his name in vain.” 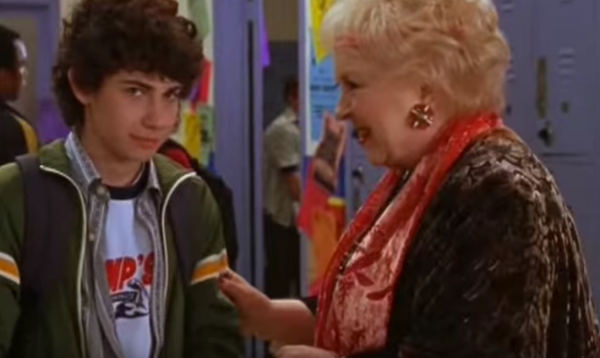