CDC to Investigate When Kids Should Start Playing Football

How young is too young for tackle football? It’s one of the more pressing public health questions in the U.S. More than a million children and adolescents play the game.

Science has revealed the potential long-term dangers of concussions and repetitive head trauma. So on April 15, the Centers for Disease Control (CDC), the same federal agency that combats epidemics like Ebola and Zika, announced plans for a “rigorous evaluation of the risks of tackling in youth football,” calling on experts to submit research proposals to identify what age groups are at most risk of sustaining head injuries.

Read More: Why We Need Hit Counts in Football

“We’re having this national discussion about whether kids should play tackle football, and we have to extrapolate from the experiences of those who are of high school age and older,” says Chris Nowinski, former college football player who runs the Concussion Legacy Foundation, a nonprofit dedicated to reducing brain injuries. “This research is badly needed, and needs to be done right.

Some concussion experts, most notably Dr. Robert Cantu from the Boston University School of Medicine, have proposed that kids not play tackle football before the age of 14 because the youth brain is less developed than the adult brain. Studies are suggesting that an accumulation of lower-impact “subconcussive” hits can do just as much, if not more, damage than violent hits that lead directly to a diagnosed concussion, so eliminating head-contact until a certain age could have a positive impact.

Other doctors argue that if kids don’t learn to tackle at a young age, they put themselves at greater injury risk once they start playing down the road. “Some of the worst cases I see in my clinic are from high school kids who’ve never played football before,” says Micky Collins, director of the Sports Medicine Concussion Program at the University of Pittsburgh Medical Center. “They haven’t developed the right skills. They’re not prepared.”

So should kids first play tackle in high school? Or should they learn to wrap up running backs in Pop Warner? “The reality is, there’s no data to support either statement,” says Collins.

Hopefully, the CDC will provide that data. “This, and other projects we’re engaged in, are really focused on getting answers to critical questions that parents have,” says Matt Breiding, a behavioral scientist who leads the CDC’s Traumatic Brain Injury team. “Questions we just don’t have scientific evidence for yet. These are questions that we, and others in the field, get all the time.”

Youth brains are at risk. The stakes couldn’t be higher. 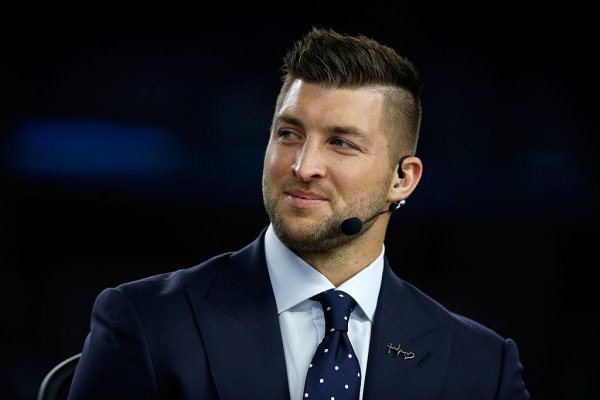 Tim Tebow Hints at a Future in Politics
Next Up: Editor's Pick