A Brief History of Marijuana Law in America

In 1996, California voters approved Proposition 215, the first legislation legalizing marijuana for medical purposes at the state level. Since then, 22 other states, along with he District of Columbia and Guam, have enacted some form of medical marijuana law, and more states appear poised to follow suit. Though the details vary by state, in general, people suffering from a variety of ailments ranging from glaucoma to social anxiety may, with a physician’s order, procure marijuana, also known as cannabis, to alleviate their symptoms. This movement toward the medicalization of cannabis has been hailed by some and decried by other—but unquestionably, its path has been unique in the history of American drug and medical policy.

To begin with, cannabis of any sort, whether for medical or recreational purposes, remains illegal under federal law. The federal government first regulated marijuana in 1937, when Congress passed the Marijuana Tax Act. As with the Harrison Narcotic Act in 1914, Congress deemed an act taxing and regulating drugs, rather than prohibiting them, less susceptible to legal challenge. As a result, the 1937 legislation was ostensibly a revenue measure. Just as the Harrison Act used taxation and regulation to, in effect, prohibit morphine, heroin and other drugs, the Marijuana Tax Act essentially outlawed the possession or sale of marijuana. More stringent measures followed. In 1952, the Boggs Act provided stiff mandatory sentences for offenses involving a variety of drugs, including marijuana.

Then, in 1970, Congress passed the Controlled Substances Act, which established categories, or schedules, into which individual drugs were placed depending on their perceived medical usefulness and potential for abuse. Schedule 1, the most restrictive category, contained drugs that the federal government deemed as having no valid medical uses and a high potential for abuse. Part of Richard Nixon’s war on drugs, the Controlled Substances Act placed cannabis into Schedule 1, along with heroin and LSD, more due to Nixon’s animus toward the counterculture with which he associated marijuana than scientific, medical, or legal opinion. Indeed, in 1972 the Shafer Commission, an investigative body appointed by Nixon, recommended that marijuana be decriminalized and thus removed from Schedule 1. Nixon vehemently rejected the Commission’s report. The Schedule I designation made it difficult even for physicians or scientists to procure marijuana for research studies. Defining marijuana as medically useless and restricting research access ensured that it would not be developed for use in medicines through the normal medical, scientific and pharmaceutical protocols.

Moreover, calls for medicinal marijuana did not originate in the pharmaceutical or medical communities. The marijuana sold in dispensaries is not of uniform strength or quality. Unlike other new drugs brought to market, it is not the product of scientific development in rigorous, controlled, peer-reviewed studies. In light of federal prohibition and medical skepticism, what has produced the impetus to legalizing medical marijuana? Largely, it has come from citizen support at the state level for medical access and decriminalization, through lobbying, activism and ballot initiatives. State interest in medical marijuana emerged in the 1970s: Oregon, Alaska and Maine decriminalized marijuana during the decade, and New Mexico approved a short-lived medical marijuana research program in 1978. Considering the federal government’s demonization, prohibition and research restrictions on marijuana, it is hardly surprising that popular demand and state action figured prominently in the path toward legalization. The Baby Boom generation realized, through personal experience or social observation, that marijuana was not the Demon Weed, as the federal government claimed, particularly in light of credible reports that it provided relief for a variety of ailments and symptoms. This made it easy for activist groups like the National Organization for the Reform of Marijuana Laws (NORML) to promote and coordinate grass-roots efforts to legalize medical marijuana at the state and local levels.

MORE: Here’s What People Called Pot in the 1940s

In recent years, these efforts have even extended beyond the therapeutic uses of cannabis to successful campaigns in several states to legalize its recreational use. Many Americans hail these efforts as the triumph of average citizens over a draconian legal system that imprisons large numbers of nonviolent drug users unnecessarily, a failed War on Drugs and an unresponsive regulatory regime that denies easily acquired relief to suffering patients.

However one assesses these claims, this unique path to marijuana legalization comes with unique problems. Without the careful scientific study and medical trials to which other new drugs are subjected, there can be no clear and reliable guidelines for the drug’s administration, or indications of potential side effects from prolonged use. Critics have questioned whether the medical marijuana movement’s immediacy and disregard for research protocols reflects humanitarian concern for suffering patients or profit seeking by producers and distributors of the drug. This appears to be a major reason that some medical associations counsel removing marijuana from Schedule 1 to permit further study, rather than merely saturating the market with products that are not regulated for quality or potency. Further, since the dominant mode of ingesting marijuana remains smoking it, physicians and scientists point out that medical users may be exposed to a variety of health threats among the hundreds of chemical compounds that are inhaled in cannabis smoke. Though medical marijuana advocates may be justified in their enthusiasm for the new availability of cannabis, time will tell whether this path to legalization represents the unmitigated good they believe it to be.

Scott C. Martin, PhD, is Professor of History and American Culture Studies at Bowling Green State University. He is the immediate past president of the Alcohol and Drugs History Society. 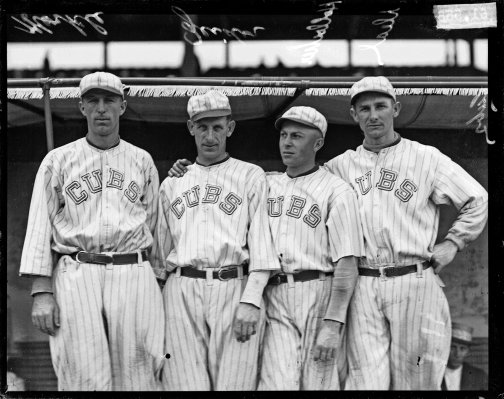