After the season five finale of Game of Thrones aired last June, Lena Headey made headlines when it was revealed that she used a nude body double while filming Cersei Lannister’s harrowing walk of shame through the streets of King’s Landing. Now, she’s firing back at those who criticized her for not getting naked.

During a recent interview with Entertainment Weekly, the 42-year-old actress explained that she didn’t expect there to be so much outrage. “Some people thought I was less of an actress…It was really a bit shocking,” she said.

“I’ve done nudity. I’m not adverse to it. But I know I’m a very emotional actor and I get really driven by that. In order to do my job, I allow myself to be really vulnerable. I don’t know any other way to do my job. Things really affect me. And the thought of being naked for three days and trying to contain her in the way she would be I think I would feel very angry. I didn’t want to be angry. I don’t think Cersei would be angry. I did what I thought she would do, emotionally.”

She also praised Rebecca Van Cleave, the actress who stood in for her during the scene “Wonderful Rebecca was able to contain herself and be naked,” she said. “She found it very difficult, obviously. It’s not a natural thing to do…It’s a tough f–king job and she’s very smart.”

Headey then addressed the rumors that her decision to opt out of the scene came from a place of vanity. “People [assume] I picked Rebecca. Like I was in the casting and picked a hot body. Like I demanded to have a hot body,” she said. “In reality, I said, ‘If somebody will do this, I’ll have no choice about it. Whatever you decide.’ I had no judgment in that or desire to be involved. I just want to clear that up. Because as a woman, that drives me mad; the thought I’m like, ‘Nope! Nope!’ [and dismissing nude women] in a room. I genuinely wouldn’t. Because none of it is about vanity for me — none of it — otherwise I couldn’t do it. It would be a hindrance.” 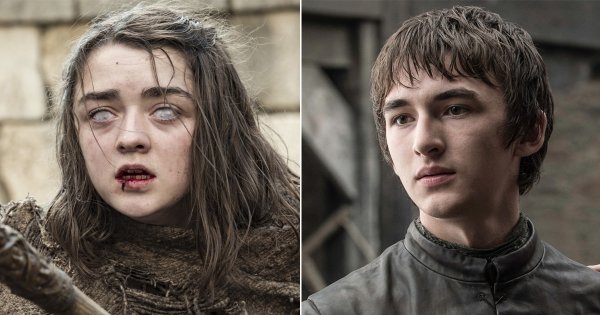 5 Big Questions Game of Thrones Needs to Answer This Season
Next Up: Editor's Pick