The 19th-Century Start-Ups That Cost Mark Twain His Fortune

Mark Twain was a great author—but a stupendously incompetent businessman. He lost money on an engraving process, on a magnetic telegraph, on a steam pulley, on the Fredonia Watch Company, on railroad stocks. He once turned down a chance to buy into Bell Telephone even though he had one of the nation’s first residential phones. The author eventually lost so much money that in 1891 he moved the family out of their Hartford home; Twain would sell it after twenty years for about one-sixth the amount he put into it.

By the 1890s, Mark Twain was losing money faster than he could make it and that took a certain kind of genius. Twain—the pen name of Samuel L. Clemens—ranked among the highest paid authors in 19th century America, thanks to books like debut bestseller Innocents Abroad to his midlife masterpiece Adventures of Huckleberry Finn. The stage adaptation of The Gilded Age ran for years; he even invented and patented a hot-selling scrapbook. Plus, Twain was married to a wealthy coal heiress, Olivia Langdon, whose father on their wedding night had given them a mansion with servants, and a carriage and coachman.

And yet, it was never enough for Twain. “Man will do many things to get himself loved,” he wrote. “He will do all things to get himself envied.” He seemed unable to stop himself; the yardstick for success in the Gilded Age was wealth, and he craved it. Ironically, he didn’t even have expensive tastes—he still smoked 4-1/2 cent cigars. The pool-and-poker playing author admitted he was addicted to risk. “I must speculate in something,” he confided to his editor. “Such being my nature.” Only a decade later—much wiser and poorer—did he create the maxim: “There are two times in a man’s life when he should not speculate: when he can’t afford it and when he can.”

Twain fought a constant battle against his own weaknesses. As an investor, he sported a pair of lethal character traits: moonshot enthusiasm and no patience for details. He once told an accountant to send him a profit-loss statement that even his daughter could understand. (Jean was 2 years old at the time.)

His life-changing financial losses came mainly from two huge bets: one in venture capital and one a start-up.

For more than a decade, Twain backed the Paige Typesetter, a machine that weighed almost four tons and promised to revolutionize the slow messy job of placing pieces of type to print newspapers, books and magazines. When the machine worked, it ran much faster than its rival. When it worked. Twain was unfortunate enough to witness a successful trial on Jan. 5, 1889, and sank his money into the company. At first, Twain had called Paige—who would run through four sets of backers—the “Shakespeare of mechanical invention.” By the end, he fantasized about catching a certain part of Paige’s anatomy in a steel trap and watching him slowly bleed to death.

As for his start-up fiasco, Twain formed his own publishing company in 1884. He placed his thirty-three year old nephew, Charles L. Webster, in charge and named the firm after him.

Twain had a personal interest in the business: he was convinced he had been cheated by publishers for years. Back in the late 1860s, Elisha Bliss of the American Publishing had handed young Twain a rube’s meager 5% royalty on Innocents Abroad and sworn to pay him half of net profits on all future books and never did. Twain devoted a circle of hell to former business partners. The writer would later describe Elisha Bliss as “a tall, lean, skinny, yellow, toothless bald-headed, rat-eyed professional liar and scoundrel… It is my belief that Bliss never did an honest thing in his life, when he had a chance to do a dishonest one.”

Charles L. Webster & Co. debuted with two books: Personal Memoirs of Ulysses S. Grant and Adventures of Huckleberry Finn. One was a modest success; the other huge. Grant’s memoirs racked up phenomenal sales as an army of war veterans peddled it door to door. Twain handed over the then-largest royalty check in American publishing history to the widow, Julia Dent Grant.

But it was all downhill from there. The company signed up flops like a book by Pope Leo XIII and The Art of Sketching. Twain called the company a “lingering suicide.”

On the advice of his friend, robber-baron Henry H. Rogers of Standard Oil, Twain shifted all his assets to his wife in March 1894, a month before he filed for assignment (bankruptcy). He owed $80,000 (today $2.4 million) to authors, bookbinders and a bank. Headlines ran: “Mark Twain is Ruined” and “Failure of Mark Twain.” One lawyer sniped: “He is, in business, just a big overgrown boy.” Some whispered “fraud” about his timely asset shift.

Twain silenced them all by performing his way around the world—122 shows in 71 cities, in Australia, New Zealand, India, South Africa—and eventually earned enough to pay back all confirmed debts. Editorialists hailed him. His backlist books, in a new Complete Works edition, started selling very well.

Twain, being Twain, though, couldn’t resist investing again, once his bank account was restored. He poured thousands of dollars into backing a protein powder called Plasmon, which he claimed delivered 16 times the nutritional value of steak at a cost of a penny a day; it could “end the famine in India.”

The author lost his stake in the U.S. launch and Plasmon was the subject of a fraud trial in 1907, in which Twain tried to recoup his $30,000 investment (about $750,000 today). At the trial, Twain said that company president Henry A. Butters should have been paid “$3 a century” and was a “stallion in intention, a eunuch in action.” Twain was asked if this was the first time that he had been swindled. “No, I have been swindled out of more money than there is on the planet,” he told the judge.

Then, the author paused. “I oughtn’t to say I was swindled out of all the money,” he said. “Most of it was lost through bad business. I was always bad in business.” 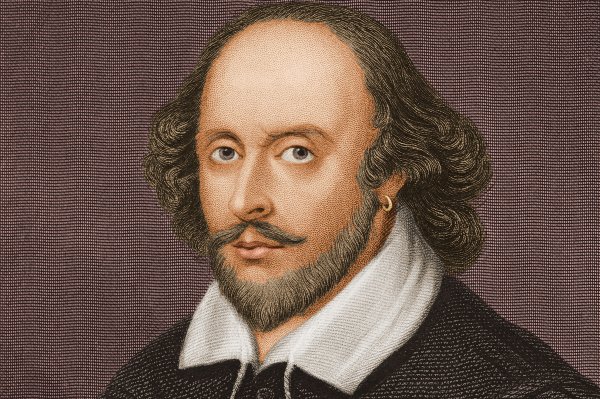 Vote for the Best (and Worst) Shakespeare Plays
Next Up: Editor's Pick