Review: Koi Lets You Guide a Fish to Save Your World

My worries about Koi, an elegant downloadable PlayStation 4 game available April 19 about piloting a tiny fish up a tainted river, aren’t enough to suppress my affection for it. The worries are that it’s too thematically reminiscent of indie studio Thatgamecompany’s Flower, another environmentally themed odyssey about guiding something from innocence through industrial tribulation on to something like cosmic transcendence. More on that in a moment.

What lies between those points are bits of exploration informed by some light puzzle solving and object collecting in a series of lakes, rivers and ponds. If I’ve done my homework properly, the transliterated word “koi” references the Chinese character for “carp,” but also something more. In Eastern mythology, the koi fish travels upstream to challenge or subvert a convention or assumption (like that swimming upriver is a no-no), becoming something greater in the process. This is worth knowing because Tianjin-based Koi developer Dotoyou is the first Chinese studio to have something published in the West on the PlayStation 4.

Instead of the dreams of flowers (as in Flower), Koi immerses players in watery levels that look like Eastern woodblock paintings, where stark lines frame bright unicolored objects. Nudging one of the gamepad’s thumbsticks prompts the nameless hero-fish to swim, while pulling one of the triggers summons an arrow that hints at the direction you need to go next. Occasionally you’ll tap a button to interact with objects or play memory games styled after Ralph Baer’s Simon.

That’s it, but then that’s all you need to have an experience that depends more on audiovisual ambience and singleminded gameplay than conventions like health bars or special attacks. Like Flower, Koi is as much about the zen of the journey as solving puzzles or crossing finish lines.

Along the way you’ll encounter delicately veined lily pads, speckled gray stones, dot-sized bubbles that drift like constellations in flux, and water bugs that send ripples out across tranquil turquoise waterways. Your goal is to find other discretely colored fish, then lead them to correspondingly colored flowers. Once matched the flowers unfurl, magically removing obstacles like branches or gates blocking your passage. They also tidy up the local scene, which grows darker and more industrial as you approach Koi‘s central environmental grievance.

Eventually giant supernatural fish show up to harass you and the game shifts from insouciant color-matching to hide and seek. It’s very Metal Gear Solid, complete with enemies (again, all fish) whose detection sweeps are visualized as swiveling cones of awareness. You can’t die, but if an enemy spots you, it’ll charge, immobilizing you for several seconds and divesting you of any friendly fish you had in tow.

At first it’s a minor thing, a momentary setback in mostly enemy-free areas small enough to keep players from getting lost. In fact as the only overtly hostile act in the game, I worried that it might be trivial to a fault. But as the levels grow and introduce challenges like countercurrents that stop or force you backward, those attacks become more consequential. Once you’re invested in the collectible game, probing a level to find jigsaw pieces that form pictures which in turn reveal more of the backstory, you’ll feel the push to play carefully.

Not that Koi is a hard game, or for that matter a very long one. You can put a bow on its nine levels in an hour or two. Getting all the stars and puzzle pieces adds a bit more time, but length isn’t essential to enjoying what’s on offer, nor is it Koi‘s weak spot. My issue with the game is that the journey, beautiful as it can be, winds up coming off as philosophically pat.

Flower had that fantastic final urban stage where players converged on a Yggdrasil-ian construct. Your shoal of wind-driven petals had to find and travel up the spine of the transfiguring artifact itself after retouching acres of urban blight. Koi has its own sort of cosmic finale, but it’s relegated to a bunch of non-interactive special effects—a cosmically boring cutscene after a lovely looking but onerously recapitulative final level in which you do the same things you did seven or eight levels back, only on a broader stage.

Is that the point? That though our worldview expands with experience, we’re stuck in the same behavioral patterns? I’m pretty sure the game’s creators intended otherwise. But that’s what it felt like as Koi‘s credits rolled—like skimming over the surface of something grander, obscured by the wrong kinds of ambiguity, always just out of reach. 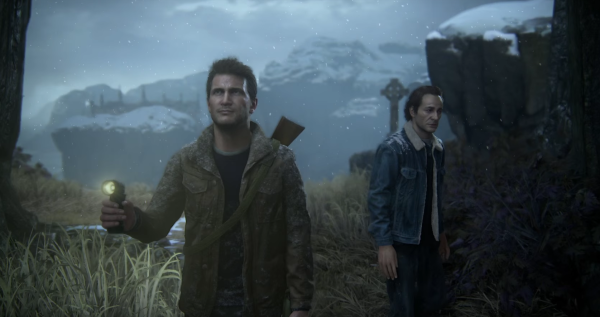 Our 20 Most Anticipated Spring Video Games
Next Up: Editor's Pick