HBO's Vinyl Was a Major Disappointment: What Went Wrong?

On Sunday night, HBO will launch the sixth season of Game of Thrones, its most-watched show ever. Thrones boasts a devoted army of fans who’ve spent the past year speculating about the fate of Jon Snow, and enough critical credibility to take the Best Drama Emmy last year — HBO’s first winning show in that category since The Sopranos.

The latest GoT premiere can’t come soon enough for a network with a great deal of strengths that lately don’t include its drama slate. The diminishing returns provided by Vinyl, a period show about the New York recording industry, have been this year’s biggest TV plot twist, and show just how far HBO has to go to reclaim the TV-drama crown from an increasingly robust set of competitors. After a flawed-but-promising launch, how did Vinyl go so wrong, and could it ever rock?

To be clear, I was no particular fan of the two-hour pilot, directed by Martin Scorsese; it felt overstuffed both with cliché and incident (a murder plotline and a backstory about a grave injustice along racial lines that felt out-of-place on a drama notionally about a record company). Bobby Cannavale was working perhaps too hard to sell a character drawn from a word-cloud about male TV protagonists of the past decade. His Richie Finestra — an inattentive husband who abuses substances as a way to briefly escape the painful level of passion he brings to his job — was, from the start, more an idea of manhood than a man. If a show’s going to be ambitious about the volume of drama it expects us to follow, it can’t skimp on the characters who are supposed to make us actually care.

But shows often learn how to be about what they’re about as they progress. And Vinyl’s pedigree — stars Cannavale, Ray Romano, and Olivia Wilde; producers Scorsese, Mick Jagger, and Boardwalk Empire’s Terence Winter — seemed to imply that it would find its footing. Instead, Vinyl leaned yet more heavily as it wore on what didn’t work.

The show relied too strongly, for instance, on empty-calorie cameos from actors dutifully but not transcendentally playing rock gods, either interacting with fictional characters or performing their hits. Every Vinyl viewer will have their own least favorite; mine has to be John Lennon and Yoko Ono bumping into Wilde’s Edie Sedgwick-inspired character Devon at Max’s Kansas City. There’s got to be a more fitting homage to one of music’s greatest than chucking a look-alike on the screen and presuming familiarity will be enough to impress.

But worse still was the show’s reliance on tropes around addiction that, if they ever really worked on TV, have grown tired. Don Draper, TV’s great recent addict, was charming enough for the viewer to entertain the notion that he had some core of humanity; Richie Finestra is just a loud jerk. Devon leaving him to move to the Chelsea Hotel felt both like a third-season-finale development uncorked early out of a dearth of ideas and like the only choice that made sense. “I got clean,” Richie tells her deep into the season, begging forgiveness. “For how long—a day?” she replies. His addiction is so endlessly recursive, pushing him again and again into the depths without modulation or novelty and pushing other great actors to the side, that her frustration is ours. By the time, in the season finale, that Richie declares that he’s running an anarchic company now and encourages his employees to spray-paint the walls, his coping mechanisms feel old-hat. How long are we meant to run from reality with him?

HBO is apparently aware Vinyl isn’t working; they brought an end to Winter’s work running the show as it goes into its second season, calling it “an appropriate time to make a change in the creative direction of the show.” Creative turnarounds are within the realm of possibility at HBO; just last year, The Leftovers rebounded from a too-challenging, needlessly baroque first season with a second set of episodes that were among the year’s very best. But The Leftovers was building on a universe that had real yet unfulfilled promise. There’s little in Vinyl’s world of uninteresting clichés that feels like it’s a tweak away from greatness.

Worse still for the premium-cable service, The Leftovers failed to draw in new fans; its next season will be its last. While HBO, which does not sell ads on its air, is understandably more concerned with subscriber numbers than with Nielsen figures. Vinyl’s low viewership, never breaking a million viewers an episode, can hardly be something to cheer.

HBO is, to be clear, a very successful enterprise, with the reigning Emmy champions in drama (Thrones) and comedy (Veep), a movie catalog, Sesame Street, and talent from Jon Stewart to Bill Simmons to Beyoncé on their team. But their inability to develop a consistent drama hit since the Thrones launch in 2011 feels perhaps tied to that safety. Cable TV’s best new dramas since 2011 — Showtime’s Homeland, FX’s Fargo and The People v. O.J. Simpson, and, though it’s early yet, USA’s Mr. Robot would be on that list — feel like the results of networks trying to take meaningful risks with their brands. Vinyl is a show using familiar language to tell a story about unimpeachable rock gods. It’s all “quality” and no delight. It’s a blue-chip stock, and exactly the kind of risk-free endeavor that the best of TV is quickly moving past. 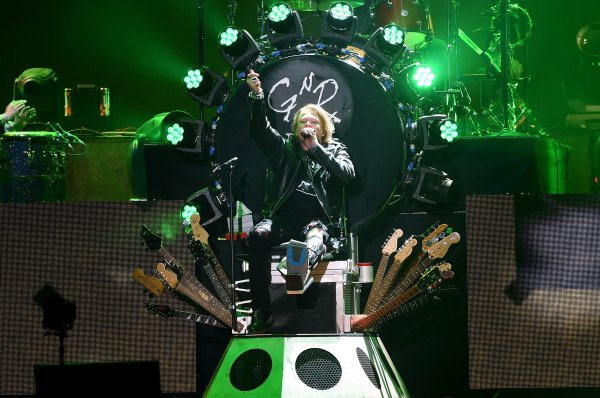