Actor George Clooney attends "The Men Who Stare At Goats" premiere at the Sala Grande during the 66th Venice Film Festival on Sept. 8, 2009 in Venice, Italy.
Gareth Cattermole-Getty Images
By Melissa Chan

George Clooney on Sunday admitted that the amount of money he’s raised for Democratic presidential candidate Hillary Clinton is “obscene.”

The Hollywood star and his wife Amal hosted a fundraiser for Clinton in California on Friday, charging $33,400 to $353,400 for tickets, the Guardian reports. The event drew nearly 200 protesters, Clooney told NBC’s Chuck Todd on Meet the Press.

“The Sanders campaign when they talk about it is absolutely right. It’s ridiculous that we should have this kind of money in politics. I agree, completely,” he added.

Sanders later praised Clooney for his comments, saying he had “a lot of respect for George Clooney’s honesty and integrity on this issue” during an appearance on CNN’s State of the Union. “One of the great tragedies is that big money is buying elections,” Sanders said. The Vermont senator also told CNN that he thinks Clooney is supporting the wrong presidential candidate. 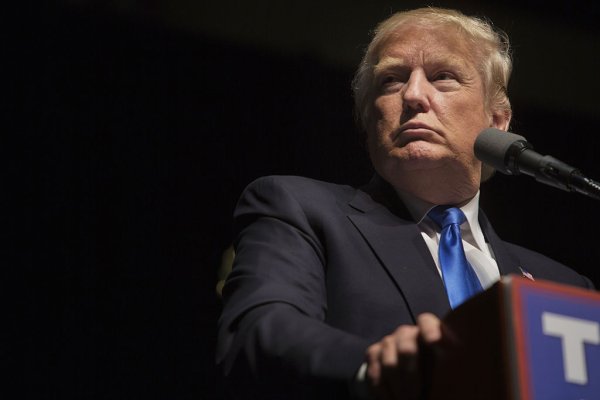 Poll: GOP Voters Want Candidate With Most Votes as Nominee
Next Up: Editor's Pick