Americans Are Happy With Their Lives but Angry at Government, Poll Shows

Americans are generally happy with their home and work life, but are overwhelmingly angry with the federal government, according to a new poll released Saturday.

Respondents said their anger is directed at the overall political system and career politicians who they say don’t put constituents first, the Associated Press reported.

Those findings are consistent with a presidential election that has been defined, in many ways, by voter anger, as anti-Establishment candidates in both parties have found success by tapping into widespread frustration with Washington.

Republicans are more likely than Democrats to be angry with the government, and those Republicans who are angry are more supportive of GOP front-runner Donald Trump, the poll found.

The poll, conducted online between March 31 and April 4, surveyed 1,076 adults and had a margin of error of plus or minus 3.3 percentage points. 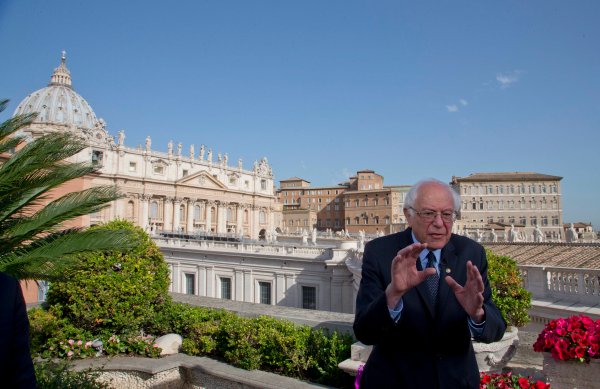 Here's What Bernie Sanders and Pope Francis Talked About
Next Up: Editor's Pick