Prince William and Kate Middleton posed for a photo in front of India’s Taj Mahal on Saturday, an image reminiscent of an infamous photo of Princess Diana, who posed alone in the same spot during her 1992 visit to the country.

The photo of Diana, taken in February 1992 in front of the famous “monument to love,” stoked speculation that she and Prince Charles would soon divorce.

The Taj Mahal stop by the Duke and Duchess of Cambridge caps off their first official visit to India and has been seen as representing a happier sequel for the royal family. 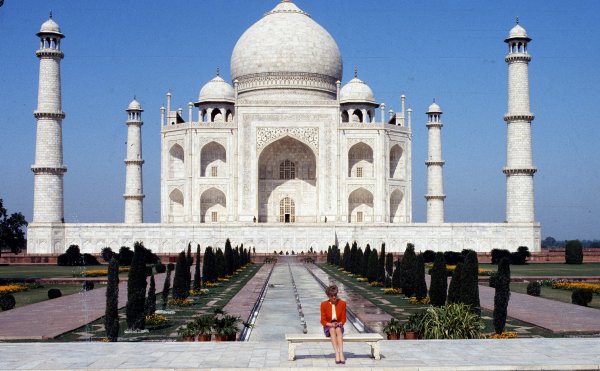 A Brief History of British Royal Visits to India
Next Up: Editor's Pick