The head of the United Nations Human Rights Office challenged the rhetoric of Republian presidential contender Donald Trump in a speech Friday, saying he and other presidential candidates had resurrected the “ugly phantom of racial and religious division.”

In a reference to Trump, Zeid Ra’ad Al Hussein, U.N. high commissioner for human rights, rued that “a front-running candidate to be President of this country declared, just a few months ago, his enthusiastic support for torture,” before condemning “hateful slander” leveled at foreigners.

He continued: “To casually toss this gasoline onto the smouldering embers of fear is to risk great harm to a great nation.”

Zeid urged the GOP to choose wisely. “The world’s eyes will turn to Cleveland,” he said, according to prepared remarks. “It is my deepest hope that the people of this country will demonstrate their profound understanding of human dignity and human rights.” 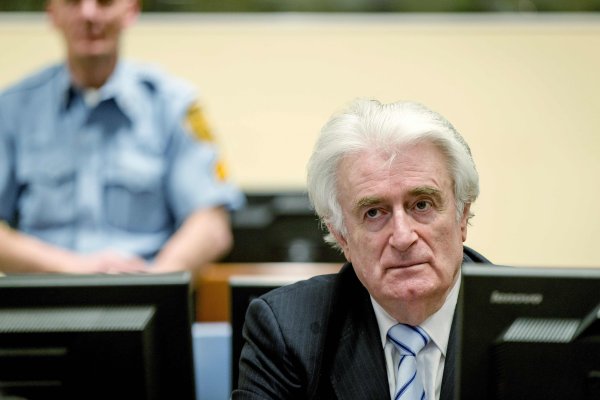 Why Karadzic’s Conviction May Matter More in the Future
Next Up: Editor's Pick