Teen E-Cigarette Use Has Increased 10-Fold in 4 Years

E-cigarette use among teenagers in the United States has drastically increased, according to a report.

The new study by the Centers for Disease Control and Prevention found that use of conventional cigarettes has decreased, but the use of e-cigarettes among middle and high school students made a huge jump in just four years between 2011 and 2015. While regular cigarette use dropped during that time from 15.3% to 9.3% of students, use of e-cigarettes climbed from 1.5% to 16%.

The report found that in 2015, just over one quarter of high school students reported using a tobacco product, and e-cigarettes were the most common form.

If current smoking rates continue, 5.6 million Americans under age 18 who are alive today are projected to die prematurely from smoking-related diseases.

The study was based on written questionnaires from U.S. middle and high school students in public and private schools from 2011 through 2015. The sample sizes each year ranged from 17,711 to 24,658. 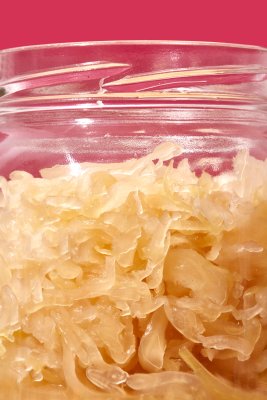 14 Fermented Foods to Eat Right Now
Next Up: Editor's Pick