Jackie Robinson as You Don't Know Him—But Should

A man in full: Robinson as activist and moral force in 1970, two years before his death
Afro Newspaper/Gado/Getty Images
Ideas
By Jeffrey Kluger
Jeffrey Kluger is Editor at Large for TIME magazine and the author of ten books, including Apollo 13, Apollo 8 and two novels for young adults. He has written more than 40 cover stories for TIME on topics ranging from space to human behavior to climate to medicine. Along with others at TIME, Kluger is an Emmy nominee for the web series A Year in Space.

Jackie Robinson never intended to make things easy for white America, but that’s what he wound up doing—at least at first. It was 69 years ago—on April 15, 1947—that Robinson crossed the third base chalk line at Brooklyn’s Ebbet’s Field to become the first African American to play in the Major Leagues.

Public schools and water fountains and lunch counters and swimming pools hadn’t been integrated. A lot of people in white America liked that just fine—and yet it was far enough along in the arc of history that a lot of them knew they shouldn’t like it just fine.

And then came Jackie. He was gifted, he was handsome, he was charismatic and dignified and a ferociously good ballplayer. He was easy to love and so plenty of people did love him; if you were one of them and you were white, that meant absolution. See? I can’t be a racist. I root for Jackie.

But if Jackie made things briefly easy for other people, he was anything but easy inside. That truth—the complexity and contradictions of the Robinson legend—is at the heart of the new documentary Jackie Robinson, by Ken Burns, his daughter Sarah Burns, and her husband David McMahon, which premiered on PBS, and is still available both by download and on DVD/Blu-Ray.

The quiet, stoic Jackie of the 1947 and 1948 baseball seasons, the film explains, was a confection of Brooklyn Dodgers general manager Branch Rickey, part of his carefully orchestrated plan to begin the integration of the sport. Whomever he chose to be the first player to break the color barrier—and with the abundance of talent in baseball’s Negro Leagues, it was by no means a sure thing that Robinson would be the one—would have to agree to tolerate the abuse that would inevitably be heaped on him by fans and the press and other players, and to respond without a flicker of anger.

It was a deal Robinson honored well, but not easily. In his first season—when he batted .297 and won Rookie of the Year—he did nothing when a fan released a black cat on the field and called out, “Hey Robinson, here comes your brother.” He did nothing when an opposing manager called him over to demand a shoe shine and ask if he could rub his head for luck. He went to Crosley Field in Cincinnati to play a scheduled game despite the anonymous threats he received that he would be shot if he stepped on the field.

It was only after Robinson’s second season that Rickey freed him of his vow to suffer such savagery silently, and a more assertive Jackie emerged. He argued calls, jawboned umps, ran the base paths as aggressively—and menacingly—as any opposing player who’d ever tried to knock him down or spike him on a slide. It was a style of play that would have been described as tough and spirited in a white player but was condemned as ungrateful angry when it came from Robinson. And the fact is, he was angry—exceedingly so—on behalf of the African American community at large.

“We worked really hard to not to cut the corners that have always been cut with Jackie,” said Ken Burns in a conversation with TIME. “The saintliness got in the way of the real human being.”

The Robinson whom the Burnses and McMahon portray gets even less sanitized in the years following his retirement from baseball. He became a businessman, hired by the Chock Full o’ Nuts chain of coffee shops in New York. He got involved in politics. A Republican at a time when most blacks were shifting their allegiances to the Democrats, he at first campaigned for Richard Nixon in the 1960 election, then denounced the Republican nominee when he refused to intervene to secure Martin Luther King’s release from jail after he had been locked up on a disorderly conduct charge following a demonstration in the south. John Kennedy did intervene, dispatching his brother Bobby to make the necessary call to the local Sheriff. King was released and Robinson shifted his loyalty to the Democrat.

As the ex-baseballer got older, he became more political still, writing an often fiery column for the then liberal New York Post, appearing at political rallies and making it clear that his being there had nothing to do with simple politics, much less baseball.

“I want everybody to understand,” he declares in one powerful bit of footage, “that I am an American Negro first before I am a member of any political party.”

But that did not dissuade his detractors. Younger African Americans condemned his continued affiliation with the GOP; criticized him as too slow, too patient too willing to compromise. Many white Americans, by contrast, condemned what they called his militancy, a 1960s dog whistle for “angry black man,” or, more perniciously, “typical angry black man.”

“There are eddies and shoals in [Robinson’s] life,” Burns says. “He’s a Republican, trying to keep the party of Lincoln on track. He’s somebody who’s impatient with being told to be patient, but that’s what he had to be.”

Burns regularly receives both critical letters and flat-out hate mail from people who question his alleged fixation on racial issues—his landmark series on the Civil War, his extensive coverage of the Negro Leagues in his series on the history of baseball and his documentary on the Central Park Five, the black youths wrongly accused of a brutal sexual assault in Central Park in 1989. And now comes Jackie Robinson. Burns is not the least bit reluctant to admit that race is a regular theme for him—and insists that it damn well needs to be.

“When Obama was elected President everybody said, ‘Oh now we’re post-racial,'” Burns says. “But race is always there.” Obama’s opponents grow indignant when people suggest that the obstructionism that the president has faced isn’t at least partially race-based, but Burns has no trouble calling that out. “F**k them,” he says, “that’s what it is.”

Robinson had an extraordinary run with the Dodgers—ten years worth, which included a Most Valuable Player award, six World Series appearances and one World Series win. Even before he retired, his legacy was being felt, opening the door for Campanella and Doby and Newcombe and Paige and Gibson and Mays and Aaron and Banks and all of the other greats who certainly have first names but if you know even a lick about baseball, you don’t really need them.

Burns himself may not be ready to retire any time soon, but he is clearly in his pay it forward mode too, making it clear—emphatically so—that Jackie Robinson is most definitely not a Ken Burns film, but a Burns, Burns and McMahon film, and you’re free to read those two Burnses in either order you want. It would be too much to call him the Jackie Robinson of the documentary form—but the ways he has shaped and defined the field surely make him one its great contemporary pioneers. The job he and his two collaborators have done in this latest project does full and moving justice to another—entirely timeless—pioneer. 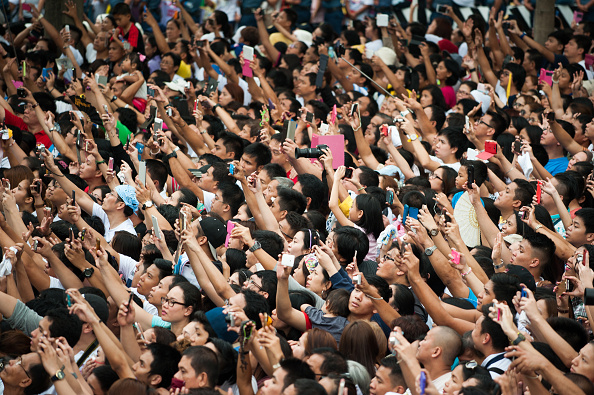 Social Media Is Ruining Your Vacation
Next Up: Editor's Pick