Sophie Turner claims to do a perfect impression of her on-screen pseudo-brother, Jon Snow. Let’s see her try.

The Game of Thrones star engaged in a challenge issued by Net-a-Porter to not only mimic Kit Harington’s character — who may or may not be dead — and sing last fall’s biggest song: Adele’s “Hello.” The result is predictably low and bereft of emotion. She does alter the words to recognize Westeros’ lack of telecommunication infrastructure.

Turner toys with co-stars from another franchise, X-Men, busting out props to be Wolverine and Professor Xavier. “Stay at home, Hugh [Jackman],” she says after a laughing roar.

Her finale, though, digs into her true love: Justin Bieber. “I love Justin Bieber from the day he became famous,” she revealed, before giving an inspired lip-sync rendition of “Love Me.”

See the video above. Game of Thrones premieres April 24 on HBO. 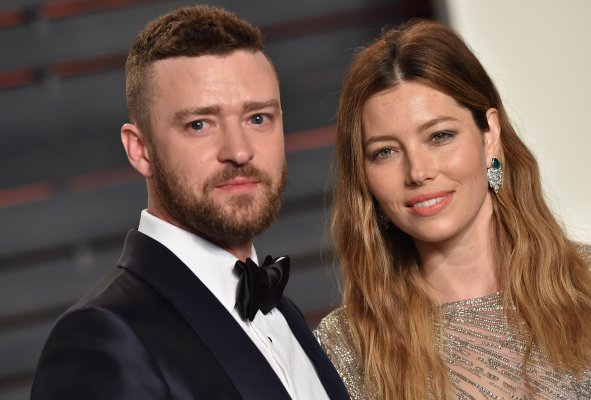 Jessica Biel on Working With Justin Timberlake: 'I Like to Say That I Was His Boss'
Next Up: Editor's Pick