The Chinese Elite's New Love of Hunting Has Conservationists Worried

Wang Wei’s Beijing office is adorned with decorations that in any other workplace would be unusual, startling even — there’s a taxidermied deer, bighorn sheep and polar bear. But these are the commonplace trophies of Wang’s trade. He makes his living from a new pastime enticing China’s rich: hunting.

Earlier this year, the 54-year-old took a pair of clients from Shanghai to a manor in Spain, where they feasted on an “aristocratic banquet” and shot wild fowl. “I reminded my clients, be aware of your behavior at the table, don’t spread bread crumbs everywhere,” says Wang, who also doubles as an etiquette coach for his hunting charges. A wildlife-management major in college, Wang started off his career protecting pandas but in 2003 opened the first company targeting Chinese who wanted to go overseas to kill animals. He now offers clients hunting excursions in 10 countries, including Iran, Kenya, Mongolia and New Zealand.

Gun ownership is tightly controlled in China, where shooting ranges and legal hunting grounds are also limited. So hunting aficionados among the country’s elite tend to travel abroad to indulge their bloodlust. Two years ago, Jack Ma, the Alibaba tech entrepreneur who is one of China’s richest men, hired a castle near Loch Ness and shot deer with 11 friends, according to local reports.

One of China’s top hunting guides is Scott Lupien, an American who has lived in China for 12 years and grew up hunting rabbits in California. He took his first group of clients abroad, to South Africa, in 2009. Since then, he has guided more than 85 groups of Chinese hunters, with a maximum of six people per trip. The clients range from real estate tycoons and mine owners to factory bosses and pharmaceutical magnates.

What ties them together? “They have to be very wealthy,” says Lupien, who says the cheapest hunt with his 52Safari International Hunting Co. costs nearly $11,000 for two people. Most clients, however, spend more than $15,500 for a nine-day trip to Africa, including airfare. Bringing trophies back to China can also cost tens of thousands of dollars, and entails mountains of paperwork.

Among Lupien’s clients is a property tycoon surnamed Li from the coastal province of Shandong, who first went with the American to Namibia last fall to hunt warthogs, wildebeest and rhino. Earlier this year, they traveled to Canada where Li, who does not want his full name to be used, shot an 80-kg cougar. In a photo on Lupien’s cell phone, the real estate magnate is pictured with the dead feline on his shoulder and a smile on his face. Li likes his American tracker. “The Chinese guides always brought me to the animals in the easiest way,” he says. “I couldn’t enjoy the experience like a hunter.”

Another experienced guide is Kevin Zhang, who emigrated to the U.S. more than 20 years ago. Friends at high-end travel agencies in China send clients to him — like the affluent group of seven who came from the southwestern Chinese metropolis of Chongqing last year to hunt wild boar and bighorn sheep in California. Zhang teaches them basic hunting rules, such as how to avoid injuring others. “Most of them have poor safety awareness,” he says. “One time, a client shot a bear from a tree without noticing that a guide was standing under the tree.”

China’s appetite for wildlife, though, has already decimated endangered-animal populations worldwide, from rhinos and pangolin (sought after because their horns and scales, respectively, are believed to have medicinal properties) to elephants (because of the demand for ivory). Global wildlife monitors are now worried that the burgeoning Chinese interest in hunting could wreak further havoc on vulnerable animal populations.

“Some newly rich people in China may follow the example of rich hunters in developed counties by spending a fortune to purchase elephant-hunting quotas in Africa,” says Zhou Fei, head of the China arm of TRAFFIC, the World Wildlife Fund’s monitoring program for wildlife trade. “The conspicuous display of wealth has had an influence on China’s international reputation, not to mention disrupted international elephant-conservation efforts.”

WWF says it is not opposed to hunting or fishing for legitimate consumption, provided the activities are conducted sustainably and with cultural sensitivity. “However, in many cases,” says Zhou, “especially in the case of elephant-trophy hunting, these conditions are not met.”

Correction: A previous version of this article misstated Zhou Fei’s job title. He is the head of the China arm of TRAFFIC, the WWF’s wildlife trade monitoring program. 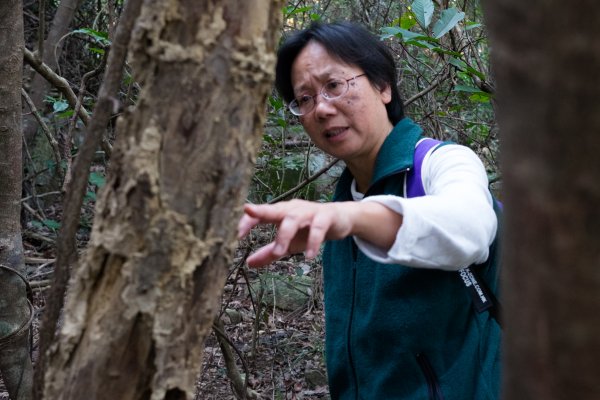