key on the seesaw
Getty Images
By Reina Gattuso

Walking down Massachusetts Avenue on a Friday night was always an exercise in exclusion. This main drag through Harvard’s campus in Cambridge, Mass., has the rare distinction of being home to many of Harvard’s final clubs: Elite, mansion-owning, semi-secret, all-male social societies governed and funded by some of Harvard’s most powerful alumni. Every Friday and Saturday night, the mansions light up with opulent parties to which most of us can only dream of being invited. These parties aren’t just a question of free booze: To me and to many of my peers, they symbolize both the mythical elite class we so long to tap into as Harvard students and the searing sense of alienation that so many of us—at least those who did not come from private school, from racial privilege or the 1%—feel at the high-powered institution.

In March, results of a survey came out linking the clubs—which frequently serve as male-controlled party spaces—to instances of sexual assault. Subsequently, administrators urged the final clubs to gender integrate, threatening administrative action for noncompliance. Predicting this administrative pressure, a few clubs have recently opted to go co-ed. Others, however, have been far more recalcitrant.

Typical of this recalcitrance is a statement recently issued by Charles M. Storey, the Graduate Board President of one of the oldest and most “esteemed” of these organizations, the Porcellian Club (PC). Storey’s statement is the club’s most extensive public message since its founding in 1791. Accordingly, his ideas seem to come right out of that era. He argues that administrative action against student membership in the exclusionary clubs is “McCarthyism.” Meanwhile, he says, admitting women “could potentially increase, not decrease, the incidence of sexual assault on campus.” Dear Mr. Storey, please tell me: Do you really think men are so inherently violent they can’t possibly stop themselves from raping their female peers if they are placed near them? Clearly, we have a serious gender problem.

Read more: What CrossFit Can Teach Us About Gender Equality

In its statement, the PC addresses another critique that many of us have leveled against final clubs: That of racial and socioeconomic exclusion. Just like the university from which they come, Harvard’s final clubs have historically been chock full of wealthy white kids. In the statement, however, the PC purports its membership is now racially and socioeconomically diverse, offering some form of financial aid to around half of its members. That’s great, but it’s not good enough. Because when we think about racial and socioeconomic inclusion, we can’t just look at the internal demographics of elite institutions; we need to look at the impact these institutions have on their surroundings.

The PC’s inclusion of students of color and low-income students does not solve the fundamental problem with final clubs: That by concentrating social and professional resources for the few through an inherently exclusionary and arcane membership process (students can’t apply; they must be selected, or “punched”), final clubs contribute to inequality on campus. They do so by creating select groups of students with access to highly sought-after social spaces, prestigious social and professional networks, and material resources other students have no opportunity to access. Unlike other groups on campus, the clubs do not serve any legitimate educational or extracurricular purpose, and they do not offer all students the opportunity to seek admission. Rather, they rely on social networks formed from athletics, (often elite) secondary schools, family legacy and dumb luck. In short, final clubs embody the regressive vision of the Ivy League as a good old boys’ network.

But let’s extend our view outward. This critique of final clubs is not separate from a critique of Harvard itself—and indeed, of elite higher education in general. After all, final clubs and similar secret societies were made in the image of their parent institutions; their concentration of resources among a select few mimic these parent institutions. This is a class problem.

And the legacy of class injustice Harvard was founded on remains starkly apparent. While students whose families make under $65,000 a year receive full scholarships, the majority of students in the class of 2018 come from families making $125,000 a year or more. Of course, this injustice transcends Harvard, and indeed higher education, to haunt our educational system as a whole. But our elite universities, with their enormous prestige and even bigger endowments, could be doing so much more to recruit and admit marginalized students and to create climates of inclusivity wherein these students can thrive.

Cranky dinosaurs of the Porcellian Club, take a look around. It’s the 21st century, and so much is going on. As you were making your asinine statement, students from Divest Harvard, the Harvard student manifestation of the international climate change movement, conducted a sit-in in the office of the Harvard Corporation to protest the Corporation’s new investments in fossil fuels. Meanwhile, the past five years have seen students leading national movements against sexual assault and racial injustice. All of these movements have sought to make our universities more inclusive and accountable. Harvard students’ and administrators’ critique of Final Clubs is just one very small part of this push toward social justice in institutions of higher education. And from student movements to the presidential campaign trail, it’s obvious that young people’s hunger for educational equity isn’t going away.

So, Mr. Storey, I want to issue you an invitation. If you’re ready to retract that ridiculous statement, my peers and I would be more than happy to welcome you to the right side of history. It’s an invitation you should accept—because you’ll get run over trying to stand in our way.

Reina Gattuso is a 2015 Harvard graduate and a current Fulbright fellow at Jawaharlal Nehru University, Delhi. 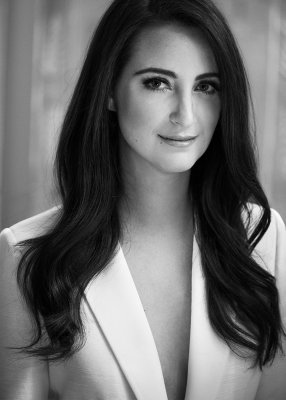 What I Learned When I Gained My Mentor’s Trust
Next Up: Editor's Pick