People march during a protest calling on the government to rescue the kidnapped girls of the government secondary school who were abducted two years ago, in Abuja, Nigeria on April 14, 2016.
Olamikan Gbemiga—AP
By Charlotte Alter

Presidential candidate and former Secretary of State Hillary Clinton says the Chibok schoolgirls still being held by West African extremist group Boko Haram two years after their abduction are a “stark reminder of the work we must do to advance equality for women and girls.”

In a statement provided exclusively to TIME on the second anniversary of the kidnapping, Clinton condemned Boko Haram and linked the kidnapping to larger problems facing women around the world.

“My heart aches for the hundreds of boys and girls who have been kidnapped by Boko Haram over the years,” she said, noting the reports that Boko Haram captives suffer sexual violence and forced marriage, and citing a UNICEF report that one in five suicide bombings by Boko Haram has been carried out by a child, usually a young girl. “No child should have to endure these atrocities.”

Two years after 276 schoolgirls were kidnapped by Boko Haram, their families are still waiting for most of them to come home. While several have escaped, some 219 are still missing. Experts say the girls may been forced into marriage or sexual servitude, used as suicide bombers, or employed as human shields for the extremist group.

Clinton, who as Secretary of State was vocal about the protection and empowerment of women and girls, said the plight of the missing schoolgirls shows how much work needs to be done to advance gender equality worldwide. “It’s the right thing to do, and it improves security and prosperity for everyone,” she said. “That starts with freeing the Chibok girls, and stopping the terror of Boko Haram.”

The former Secretary of State will face off against Vermont Senator Bernie Sanders in the CNN Debate tonight, as both candidates look ahead to the New York primary on April 19. 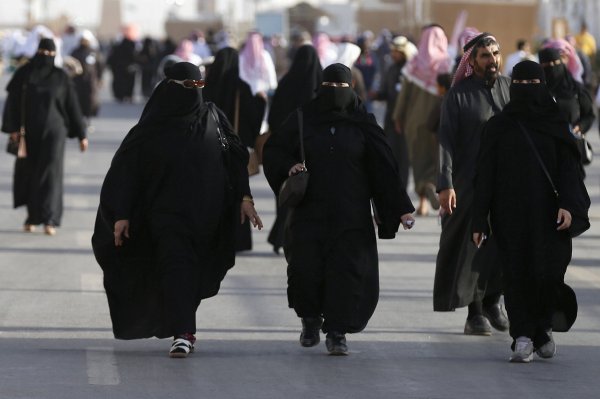