Fiscal policy has not been center stage in this presidential campaign. The limited attention it has received, along with budget-busting promises coming from the candidates, has made this one of the more fiscally irresponsible campaigns in recent memory.

The national debt stands at near-record levels. At 75% of GDP, it’s at the highest point since just after World War II. But unlike then, it is slated to grow faster than the economy—indefinitely.

Why does this matter? One of the challenges of getting the candidates and even the country to care about the debt is that it seems so removed from our everyday lives. But excessively high debt levels slow economic growth, push down wages and lower our standard of living, and that affects everyone. Getting the debt under control is critical to any comprehensive plan to grow the economy and to improve the well-being of America’s families. Moreover, with debt so high, if and when we are hit with the next crisis or emergency, it will be harder to borrow when we really need to.

Given that reality, it’s troubling that not a single candidate running for President has presented a credible plan to reverse our fiscal course.

Bernie Sanders calls for a lot more revenue to fund the government, but proposes even bigger increases in spending. Ted Cruz wants to cut non-defense spending, but proposes spending trillions more on defense increases and tax cuts. Hillary Clinton would pay for her new initiatives but has no plan to stop the debt from rising. John Kasich says the right things about reversing the debt, but hasn’t put forward details on how to get there. And perhaps most troubling, Donald Trump wants trillions of dollars of tax cuts while protecting our largest spending programs–including Social Security and Medicare—from any changes at all.

Our next president will come into office not only with record debt levels but facing a trajectory projected to add another $7 trillion to the debt over eight years in office if changes are not made. Whether it’s radically cutting taxes or dramatically increasing spending, it’s in a politician’s DNA to make promises. Yet dealing with the debt is essential to the future prosperity of all Americans. So whoever becomes president will have to make a major pivot.

Their first priority will have to be to come up with a credible budget plan. For it to be enacted rather than just a political statement, it will have to be bipartisan. One action a President could take would be to appoint an Office of Management and Budget Director from the opposing party, which could help both symbolically and in building bipartisan trust.

The new president should convene bipartisan budget discussions immediately after taking office. There are many models for this, from calling for discussions between leadership from both parties to appointing a commission of sitting members of Congress or outside experts.

They should have a clear deadline to produce agreement on a new fiscal framework, and this will not be easy. But as the first major joint executive and legislative accomplishment, it would set the tone for a more constructive relationship between the White House and Capitol Hill than we have seen in many years.

The more this discussion is addressed in the election, the easier it will be for a new president to make progress. Candidates should answer these questions for America’s voters:

1. Would you pledge not to make the debt worse in pursuing your policy agenda? How would you pay for new initiatives, including spending increases and tax cuts? (No fairyland promises about economic growth, please.)

2. What would you do to save Social Security? Would you support a bipartisan commission like Ronald Reagan and Tip O’Neill did?

3. It will take $3 trillion in savings just to keep the debt at its current level relative to the economy. Name just $1 trillion in specific savings you would support.

4. The federal government spends $6 on seniors for every one spent on children. Do you think this makes sense?

5. In how many years should we aim to balance the budget. If you think never (which would be the situation under all the plans so far) do you worry what that would do to the economy?

A number of critically important issues have been brought up in this election, from competitiveness to growing the economy to income inequality. A strong fiscal foundation is fundamental to dealing with all of them. Let’s hope our next president is up to the job. 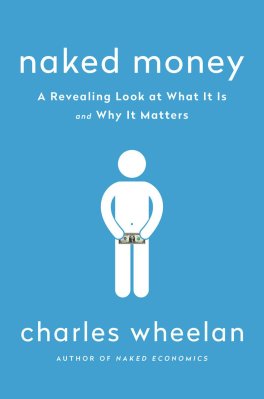 Debt Is Wonderful—Until It's Crushing
Next Up: Editor's Pick