Review: Jon Favreau’s Jungle Book Is a Wild Tale for a Digital Age

Filmmakers can do so many terrible and excessive things with technology today. Why not use it to make animals talk, a noble pursuit if ever there was one? In director Jon Favreau’s spirited, lush adaptation of The Jungle Book—based loosely on Rudyard Kipling’s stalwart fables, with dashes of the 1967 Disney version tossed in—computer-generated animals talk, sing, saunter, slink and slither around a live-action boy, Mowgli (Neel Sethi). This “man cub” has been raised by wolves, which are apparently a lot like ’70s Berkeley types when it comes to parenting: brimming with questions and quips, Mowgli is a precocious hippie child in red underpants.

He’s not totally carefree, though. The meanest cat in the jungle, Shere Khan (Idris Elba supplies his velvety, malevolent purr), has vowed to kill him. The allies who gather round include the wise panther Bagheera (Ben Kingsley, in full master-thespian mode) and lover-of-life sloth bear Baloo (a fabulous Bill Murray—his voice sounds the way flannel pj’s feel).

If it all sounds a little too calculated—it is. Yet somehow this Jungle Book works, because Favreau has both a sense of humor and a sense of spectacle. Even in 3-D, the colors—a riot of jades, cobalts and singing-canary yellows—are vibrant. And where else can you see an obsessive-compulsive porcupine counting every stone he passes or a silky she-snake with a vocabulary of seductive, sinister sibilants (voiced by Scarlett Johansson, using every s in her name, and more)? She’s Eve and the devil rolled into one. The Jungle Book, the movie’s credits tell us, was made entirely in downtown Los Angeles. It may be an urban product, but there’s still wildness in its heart. 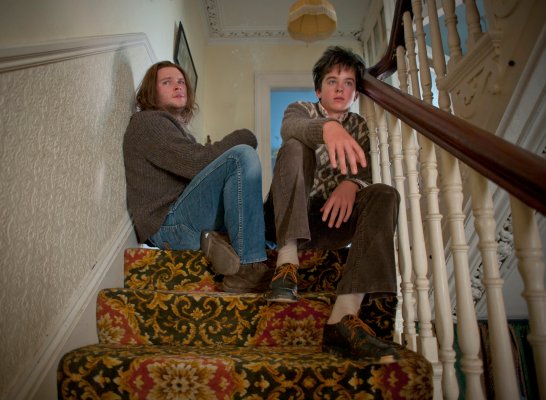