You wanted to adapt this John le Carré novel for years.

When the book came out in 1993, I tried to option it. I was far too late, and the great Sydney Pollack had it. The world turns, and 20-odd years later it comes back to life, by which point of course I’m far too old and creaky and bald to play [the hero] Jonathan Pine, but we have to resign ourselves to these processes.

What attracted you to the story?

After the Cold War, I–and I’m sure many others–worried that not only would spies be out of work but so would spy writers. Le Carré, being the genius he is, found something even more compelling: the world of arms dealing and the skulduggery that is even now being revealed by the Panama Papers.

How did you prepare to play the “worst man in the world”?

It’s the responsibility of every actor to love the characters they play, and Roper has charm. The devil always does because if he had devil tattooed on his head, we’d give him a wide berth. And when you’re the third worst man in the world, it’s not that much of a stretch.

His morality is inconsistent.

There’s a temptation to paint characters a single color, but humans don’t work that way. Hitler couldn’t bear cruelty to animals, as bizarre as that is. I must confess to your readers that I’m smoking a cigarette at the moment, and yet later in the day I might go for a run.

One critic said you should be the next James Bond.

I am not familiar with the mental health of this person, but that’s the craziest thing I’ve ever heard. I can’t climb stairs without my knees popping. I’m not the guy to be hurling myself out of helicopters, if indeed I ever was. 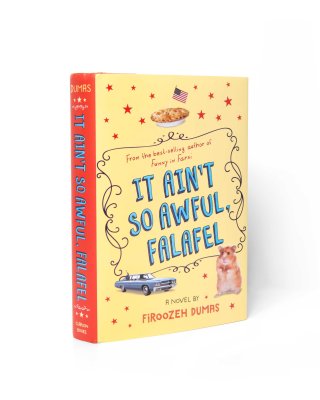 A New Book Asks, ‘Are You There, Allah? It’s Me, Cindy’
Next Up: Editor's Pick