Given the pestilence that is passing for a policy debate on the Republican side this year, it’s been easy to overlook the subtler follies of the Democrats. But the party is slipping into ancient, discredited fantasies about social issues like criminal justice and welfare reform. It took Bill Clinton to speak some truth unto protest recently, when he was interrupted by a clutch of young scholars claiming that his 1994 crime bill had “devastated” poor neighborhoods. “I don’t know how you would characterize the gang leaders who got 13-year-olds hopped up on crack and sent them out onto the street to murder other African-American children. Maybe you thought they were good citizens,” he said, in a righteous distemper. “You are defending the people who kill the lives you say matter!”

Clinton backtracked a bit the next day, saying the manner of his reproach was “ineffective.” And the political press skewered him for going “off message” and hurting his wife’s campaign. But Hillary Clinton’s campaign could use a strong dose of politically incorrect truth telling. She had a nice moment with Black Lives Matter protesters last summer, when she encouraged them to come up with a positive agenda to ease the angry dance between some police officers and some youths in black communities. That was sort of courageous: too often the national conversation about race consists of “activists” screaming and white people feeling guilty.

Let’s stipulate that Black Lives Matter has a point. Too many police are badly trained; too many act on their worst fears and think later. Overt racism has declined, but it is still bred in the American bone. I lived in a predominantly black neighborhood in the 1980s and saw friends of mine treated rudely by all sorts of people in authority, especially local shopkeepers. The frustrations of middle-class African Americans in my neighborhood were bifurcated: they were disgusted by the louche and dangerous behavior in the black underclass, and they were infuriated by white people who mistook them for criminals or deadbeats simply because of their skin color. Given the progress of the past 40 years, the growth of a substantial black middle class, the idiot vestiges of white racism must be even more infuriating now.

But history and reality must be respected too. The Clintonian responses to crime and welfare dependency in the 1990s were a reasonable, if imperfect, corrective to an anarchic situation. There was a clamor for safer streets, which Clinton helped ease by funding 100,000 more cops.

For decades, Democrats had denied the truth of Daniel Patrick Moynihan’s analysis of black family structure: that parental irresponsibility was causing a breakdown in the social order–an analysis that soon crossed racial borders. “In the 10 years before the 1994 bill passed, crime had tripled among 16-to-24-year-old blacks,” a prominent sociologist told me, “but it had also doubled among 16-to-24-year-old whites.”

The crime bill was belated–crime had already peaked, but no one knew it at the time. The truly excessive sentencing, especially for drug crimes, had already been passed on the state level (most liberals and many conservatives now agree that prison isn’t the place for nonviolent drug offenders). The Clinton bill was as concerned with prevention programs–there was a big fight over “midnight basketball” leagues–as it was with providing Kevlar and weaponry to cops; it increased sentences for violent criminals and egregious drug dealers in the relatively minuscule federal prison system. The majority of those in prison today are violent criminals who belong there. The streets are much safer now.

Clinton’s landmark welfare-reform bill, which is also under fire, reduced the rolls by 60%. Many recipients were gaming the system while working full-time jobs in the gray and black markets. Truly debilitated individuals were moved onto Social Security disability. According to Ron Haskins of the Brookings Institution, the rolls have remained relatively stable ever since, rising slightly in the 2001 and 2008 recessions. “They’re actually dropping now,” Haskins told me.

Before Bill Clinton, Democrats had turned their backs on crime and welfare dependency. Too many liberals subscribed to the old West Side Story “depraved on account of being deprived” theory of indigence: it was society’s fault. But that theory failed to recognize the good choices made by the vast majority of African Americans who weren’t criminals or truants or drug addicts. It is tragic, and wildly irresponsible, that Bill Clinton, who brought a measure of sanity to these complicated issues, is being vilified now. 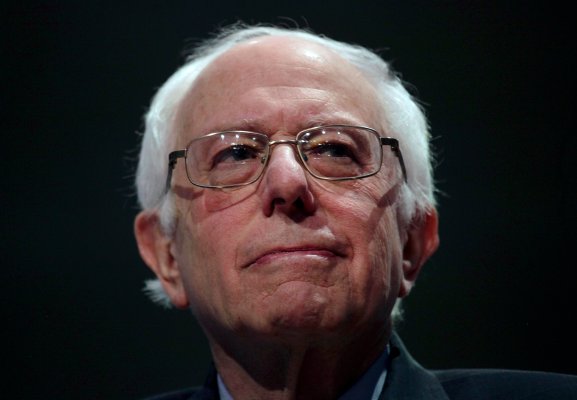