China's Jin Cheng hits out of a bunker during a practice round prior to the start of the 80th Masters Golf Tournament at the Augusta National Golf Club in Augusta, Ga., on April 5, 2016
Don Emmert—AFP/Getty Images
By Charlie Campbell / Beijing

Once denounced by Mao Zedong as a “sport for millionaires,” golf is no longer forbidden among China’s governing elite — somewhat fittingly for a nation that now boasts the most billionaires in the world.

On Tuesday, however, the official newspaper of China’s anticorruption agency, the Discipline Inspection and Supervision News, revoked the golf ban, saying, “There is no right or wrong about playing golf,” as it is “only a sport.”

While CCP cadres are still forbidden from accepting course memberships and other golf-related perks as gifts, members roughing it out on their own dime would no longer be in breach of party rules.

“Playing golf itself is not a wrongdoing,” reports the China Daily.

The golf ban netted a slew of victims. In September, 60 state employees were punished for spending public funds on golf, reports the BBC. A month later, the vice mayor of a southern Chinese town was sacked for playing excessive golf while paying suspiciously discounted membership fees.

China’s relationship with golf has been anything but simple, and reality has seldom reflected the rules. Though golf was banned in 1949 in the wake of China’s communist revolution, the sport began to boom in the 1980s following the economic and social reforms initiated by then leader Deng Xiaoping.

In 2004, China announced a ban on building new golf facilities. Even so, the number of courses had more than doubled to 600 by 2015, with many local authorities yearning after the tourism dollars golf resorts attracted.

Increasingly, it is environmental impact rather than perceived venality that make many Chinese rail against the game. With over 40% of China’s arable land degraded, and 80% of underground wells polluted to the point of being unfit even for bathing, channeling depleted resources to golf courses appears imprudent to say the least. Last March, 66 illegally built courses were shuttered.

According to Dominic Wall, Asia-Pacific director for the Royal and Ancient, golf’s international governing body, efforts are being made to lessen the footprint of new courses in China. “There are waste areas and old mining sites that could be enhanced significantly by having a golf course on them,” he tells TIME.

Golf’s demographic in China is also changing. Following the sport’s acceptance into this summer’s Rio Olympic Games, government interest and investment has sparked a new generation of stars. Eighteen-year-old Beijinger Jin Cheng played in this month’s U.S. Masters at Augusta, Ga., following his victory in the 2015 Asia-Pacific Amateur Championship.

“There are programs going into schools, regional provincial associations are setting up development programs,” says Wall. “I think now you are seeing a totally different demographic coming into the sport.”

CCP members may have to wait in line to get their club memberships back. 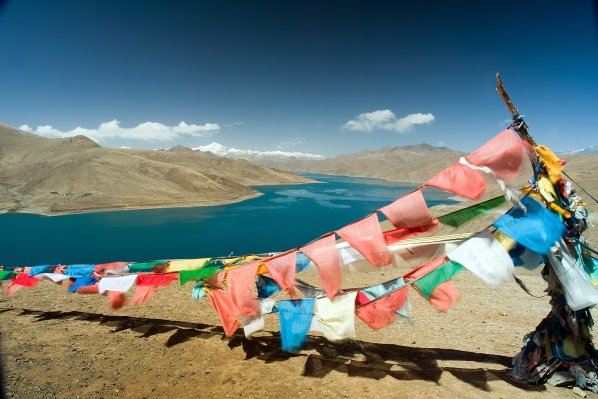 What a Semi-Nude Photo Shoot Says About China and Tibet
Next Up: Editor's Pick