These Musicians Are Speaking Out Against North Carolina's 'Anti-LGBT' Law

On March 23, lawmakers in North Carolina voted in favor of a bill that will prevent transgender people from choosing which bathrooms to use and ban cities in the state from passing legislation designed to curb discrimination. In the weeks since, voices from across the U.S. have united in a chorus of ardent opposition to the law, which has been described as a “harmful and dehumanizing” slight against the state’s LGBT population. (It isn’t unprecedented: in 2012, 60% of the state’s voters supported a constitutional amendment that banned same-sex marriage; it was later deemed unconstitutional.)

The popular outcry received particular media attention last Friday, when Bruce Springsteen announced that he’d canceled his show scheduled for two night later in Greensboro. It’s the state’s third-largest city, and he’d performed there a number of times before. “Some things are more important than a rock show,” he wrote in a statement, “and this fight against prejudice and bigotry — which is happening as I write — is one of them.”

1. Ringo Starr. The former Beatle was scheduled to perform at an amphitheater outside of Raleigh, the state’s capital, in June. No longer. On Wednesday afternoon, the drummer posted a statement to his Facebook account telling his fans that he’d cancelled the concert to “take a stand against this hatred. Spread peace and love.”

2. Gregg Allman. The Allman Brothers Band have been wildly popular in North Carolina for decades, and while their frontman said he wouldn’t be canceling his Wednesday night show in Greensboro, he “stands in solidarity with the LGBT community urging Gov. [Pat] McCrory to listen to the people and reverse this wrong.”

3. Jimmy Buffett. Like Allman, Buffett won’t cancel his scheduled shows in North Carolina — “These shows were booked and sold out long before the governor signed that stupid law, [and] I am not going to let stupidity or bigotry trump fun for my loyal fans this year,” he wrote in a statement — but otherwise he did not mince his words:

“As a traveling musician for 40 years, I played many shows years ago, in many states where you could go to prison for 20 years for smoking a joint,” he wrote. “It was a stupid law based on stupid assumptions. Time has fortunately reversed a lot of that way of thinking. But now another stupid law, based on stupid assumptions, has sprung up like kudzu in North Carolina.”

He added that his future investment in the state “would definitely depend on whether that stupid law is repealed. That is up to the good people of North Carolina and there are many.”

4. Cyndi Lauper. The perennial gay icon says that she plans on standing with North Carolina’s gay population — meaning that she’s still down to perform there, as a gesture of solidarity. “I think that people will need us there,” she said. “Wherever there’s a shutout, the other people need you.”

5. Bryan Adams. The Canadian crooner didn’t have any apparent plans to play in North Carolina, but he was scheduled to perform in Mississippi, which recently passed legislation that allows religious groups and certain businesses to decline service to gay couples. Adams apparently took inspiration from Springsteen’s North Carolina boycott, taking to Instagram to announce that he’d cancelled his forthcoming show in Biloxi, Mississippi. 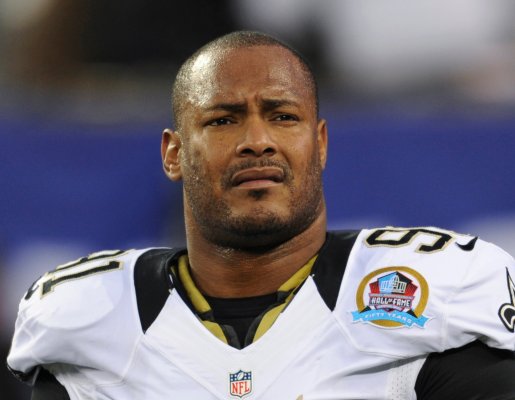 Lawyer for Will Smith's Family Says Suspect Showed No Remorse
Next Up: Editor's Pick