Philippine army soldiers stage a counterterrorism operation against Maute terrorists, who are allegedly linked with ISIS, in Butig, the Philippine province of Lanao Del Sur, in Mindanao Island, on March 1, 2016
Anadolu Agency/Getty Images
By Per Liljas / Zamboanga

Musa Muhammad stands at the site where 400 Islamist militants launched an invasion of the southern Philippine city of Zamboanga little over two years ago, sparking 20 days of heavy fighting with security forces. The ruins of his old house can be found there, amid several hundred other razed homes. Since then his family has lived in a sports stadium, refusing to move to a newly built house in another part of town.

The Moros (“Moors”), as the Muslims of the southern Philippine region of Mindanao are called, are known for their intransigence. For centuries, they fought the Spanish, Americans and Japanese for their independence. Today, they are fighting Manila too. Some 120,000 people have died, and millions have been displaced, in the past 40 years of insurgency. (Muddying the picture, a separate communist insurgency is also sporadically waged in parts of Mindanao by the New People’s Army, which is thought to consist of some 3,200 fighters.)

Yet many Moros, like Musa, are not victims of a heavy-handed central government but the casualties of infighting among their own kin. The battle at Zamboanga, which led to the destruction of Musa’s home, started off when factions of one rebel group, the Moro National Liberation Front, wanted to signal their displeasure with the peace negotiations with Manila then being carried out by another rebel group, Moro Islamic Liberation Front. It took 3,000 troops to end the rebel occupation of several districts of the city, in an operation that saw 51 insurgents killed and drove 70,000 people from their homes.

Now those talks have stalled and, in the frustrated void that has followed their collapse, extremism has taken root. Several Moro outfits have pledged allegiance to terrorist group Islamic State of Iraq and Greater Syria (ISIS) and carried out attacks in its name.

One of those groups is the Abu Sayyaf militia, whose head Isnilon Hapilon — now styled Sheik Mujahid Abu Abdullah al-Filipini — has been appointed ISIS’s leader in the Philippines. Presently, the Philippine army is attempting to strike at the group’s jungle stronghold on the island of Basilan. In one of the bloodiest days for the armed forces in years, 18 soldiers were killed and over 50 wounded on April 9. ISIS claimed responsibility for the killings. Shortly after, Abu Sayyaf beheaded two Filipino hostages. (The group is also holding 10 Indonesians, two Canadians and a Norwegian captive.)

“It’s very likely that [Abu Sayyaf] will declare a satellite of the caliphate in the coming year,” says Rohan Gunaratna, an international terrorism expert at S. Rajaratnam School of Security Studies in Singapore. “Once that is done, it will be much more difficult to dismantle these groups.”

Already, up to 1,200 Southeast Asians have joined ISIS in the Middle East. Experts now worry that an ISIS stronghold in the southern Philippines will act as a regional lure, providing extremists from across Asia with a place to gain combat experience, before they set act to attack Asian targets or even targets further afield. The Jakarta attack in January that killed four civilians is just a taste of what could come, says Greg Barton, chair in global Islamic politics at Deakin University in Melbourne.

“Next time they won’t mess around with pistols but bring assault rifles,” says Barton. “That’s all it takes to turn amateurs into a lethal bunch of killers.”

Some claim that the biggest threat currently is that competing, ISIS-inspired groups would seek to upstage each other with small-scale attacks. However, organized, international networks still exist, even if the influence of al-Qaeda, which once funded training camps in the southern Philippines, has waned, along with that of its affiliates.

Indonesian operatives are already trading Syria-hardened tutors for weapons and training grounds in Mindanao, reports the ISIS Study Group, an intelligence collective run by the Washington, D.C., think tank Center for a New American Security. The area is evidently attracting insurgents from further afield too. Mohammad Khattab, an alleged bombmaking instructor from Morocco, was reportedly among the five killed militants on Basilan earlier in April. There have been rumors of Muslim Uighurs from China in the area. And in January last year, Zulkifli bin Hir — a Malaysian described as a key facilitator between Indonesian and Filipino extremist groups — was cornered and killed in Mamasapano in central Mindanao, but at the cost of 44 deaths among the Philippine army’s Special Action Force. Five civilians also lost their lives in an operation that turned the tide of support against President Benigno Aquino III’s peace negotiations with the Moro separatists.

“Before the Mamasapano tragedy, it looked really promising,” says Richard Javad Heydarian, a security expert at De La Salle University in Manila. “There were even rumors that Aquino would be nominated for the Nobel Peace Prize. Unfortunately a lot of journalists sensationalized the story, fanning anti-Muslim sentiment. Politicians running for office have then been trying to score political points on this.”

Further talk of a new, autonomous province within the Philippines for the Moro — it would be called Bangsamoro — has now been suspended until the general elections in May. In the meantime, says terrorism expert Gunaratna, intolerance is putting down deeper roots. As an example, he points to the March 1 assassination attempt on a Saudi cleric, Aaidh al-Qarni. The preacher, who has been on ISIS hit lists, was shot while visiting Western Mindanao State University in Zamboanga for a two-day symposium.

“Recent arrests in Malaysia and Indonesia clearly show that a new terror attack from ISIS in the region is imminent,” Gunaratna warns. “And the next one will be bloodier.” 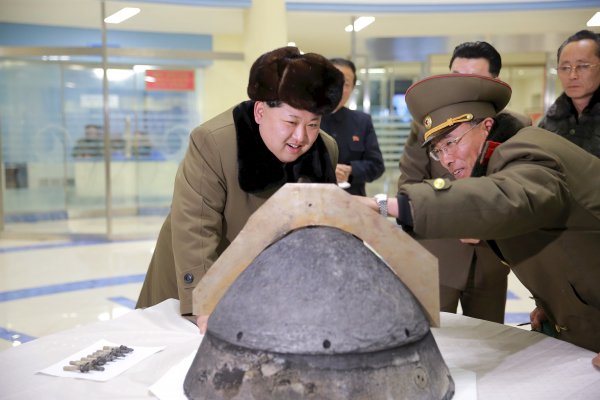