Do Tax Refunds Boost the Economy?

Tax Day has a reputation for doom and gloom, but for most of us, there’s a silver lining: the promise of a little extra scratch.

Almost 77 percent of Americans will receive a tax refund this year, averaging about $2,798 per person, according to the most recent IRS statistics. Between April 2015 and April 2016, the IRS divvied out a grand total of $228.78 billion in money back.

So what’s that large cash infusion do for the overall economy? So far, the answer is unclear.

“I don’t think we really know,” said Roberton Williams, a tax expert at the Urban-Brookings Tax Policy Center at the Urban Institute. “When you have people waiting to make this big purchase and then saying, ‘Now that I have this money I’m going to go out and buy that big TV set or that washing machine,’ that’s certainly a direct stimulus.” Consumer spending represents about 70 percent of the U.S. GDP.

But when people save that money or pour it into repaying their debts? “That’s a much less direct stimulus on the economy,” he said.

While there are no federal data on what people do with their refunds, a 2015 study by the Georgetown Institute for Consumer Research found that Americans planned to spend a third of their checks servicing debt, a third investing or saving, and a third on new purchases. A 2015 Bankrate study offered similar findings, but indicated that the 26 percent of respondents who planned to spend their money weren’t treating themselves, but covering necessities, like food and utility bills.

Dennis J. Ventry, Jr., an expert in tax policy at the University of California, Davis, says tax refunds may offer an economic stimulus, but in long-term, hard-to-measure ways. It all depends, he says, on how, exactly, we choose to use those checks.

“If we are saving by sticking our refunds under the mattress, that doesn’t help the economy,” he said. “But if we are saving by investing, then we are helping—but not instantaneously, in the way that going out and buying a television might.”

The same is true about the people who choose to use their refunds to pay down debt, he added. While getting rid of debt doesn’t have a direct, stimulative effect on the economy in the short term, it does offer a delayed benefit. “It allows you to spend more later and to avoid financial disaster in the future,” he explained.

Some economists argue that asking whether tax refunds stimulate the economy is simply the wrong question. It doesn’t matter how people use their refund checks—they are just using the money in the same way they would have used it, months earlier, had the government not skimmed that cash off their paycheck in the first place.

After all, tax refunds are just that: refunds on your money that was yours all along. By overpaying your taxes, you just gave the government an interest-free loan for the year. And the more money Americans are giving away to the government, the more money they’re not spending on, say, a new car or their kids’ education.

If the average tax refund is about $2,800, then that’s about $230 extra dollars that people would otherwise have in their bank accounts each month. Would they be making better use of that throughout the year?

Again, economists are split. If people used that money to pay off debt attached to high interest rates, then would likely be better off personally. But they’d be paying down debt, which does not have an immediate stimulative effect on the U.S. economy. If they spent that money on buying things they want and need, then it could have a positive effect on the economy, but would they? Human psychology tends to complicate things.

“The government runs a surplus in April, so on balance, you’d say tax time would not be stimulative,” says Williams, “but you have to look at the role of forced savings.”

When Americans overpay their taxes, they are indeed giving up access to their own money. But when it comes back to them in one, hefty lump sum, they may very well behave differently. It’s possible that they save more of it, since it feels like a windfall. But it’s also possible that they spent it all, all at once, on major purchases that they otherwise would not have considered.

Nearly two-thirds of Americans—63%—have less than $1,000 cash on hand at any given time during a year, according to a recent Bankrate.com study, so the prospect of a $2,800, available all at once, could arguably have a much bigger effect than $230 meted out, once a month over the course of a year.

Tax refunds are particularly consequential to those in the lower income brackets who are less likely to have savings squirreled away and more likely to receive a refund. They are also more likely to regard $2,800 as a substantial sum since it represents a larger ratio of their income.

Because of tax credits, refunds are often not only refunds for lower-income families; they represent extra money. The Earned Income Tax Credit, for example, can deliver up to $8,000, while the Child Tax Credit and the American Opportunity Tax Credit can be worth thousands more. The Child Tax Credit is worth $1,000 per kid and the AOTC can bank $2,500 per eligible student.

For Americans trying to decide whether they can afford to go to college or buy a car so that they can take a better paying job twenty miles away, a $2,800 check from the IRS may not actually act as an economic stimulus. But it sure feels like one. 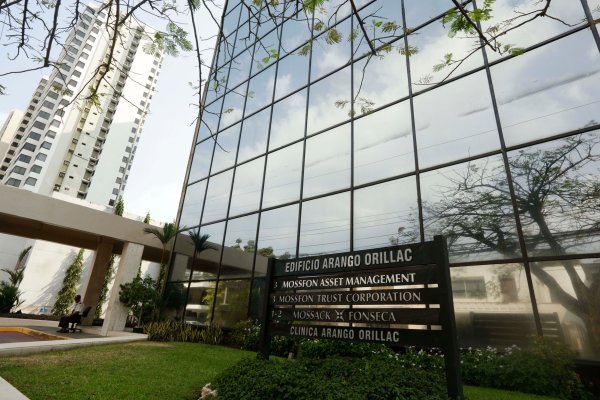