Here's the Real Reason We Associate 420 With Weed

Both marijuana smokers and non-smokers recognize April 20 or 4/20 as a national holiday for cannabis culture, but few actually know how the date got chosen.

But, to put it bluntly, those rumors of the history behind how April 20, and 4/20, got associated with marijuana are false.

The most credible story traces 4/20 to Marin County, Calif. In 1971, five students at San Rafael High School would meet at 4:20 p.m. by the campus’ statue of chemist Louis Pasteur to partake. They chose that specific time because extracurricular activities had usually ended by then. This group — Steve Capper, Dave Reddix, Jeffrey Noel, Larry Schwartz, and Mark Gravich — became known as the “Waldos” because they met at a wall. They would say “420” to each other as code for marijuana.

As Reddix told TIME in 2017, “We got tired of the Friday-night football scene with all of the jocks. We were the guys sitting under the stands smoking a doobie, wondering what we were doing there.”

The shenanigans continued long after 4:20 p.m., too. The group challenged each other to find ever-more-interesting things to do under the influence, calling their adventures “safaris.”

Later, Reddix’s brother helped him get work with Grateful Dead bassist Phil Lesh as a roadie, so the band is said to have helped popularize the term “420.” On Dec. 28, 1990, a group of Deadheads in Oakland handed out flyers that invited people to smoke “420” on April 20 at 4:20 p.m. One ended up with Steve Bloom, a former reporter for High Times magazine, an authority on cannabis culture. The magazine printed the flyer in 1991 and continued to reference the number. Soon, it became known worldwide as code for marijuana. In 1998, the outlet acknowledged that the “Waldos” were the “inventors” of 420.

Bloom, now the publisher of Celebstoner.com, has credited the people who wrote the flyer for the date’s reputation as an annual gathering of pot smokers. “They wanted people all over the world to get together on one day each year and collectively smoke pot at the same time,” he wrote in 2015. “They birthed the idea of a stoner holiday, which April 20 has become.” 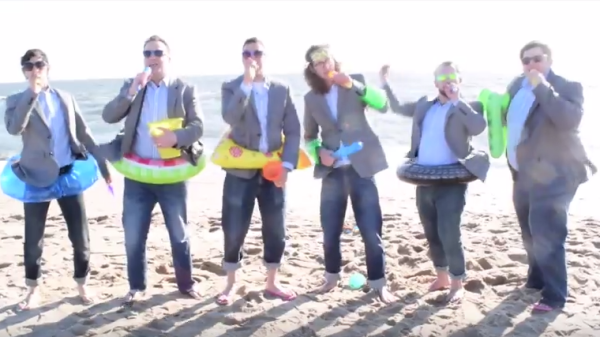 A Passover-Themed A Cappella Parody of DNCE's 'Cake by the Ocean' Is Here
Next Up: Editor's Pick