An engraved illustration of The Burr/Hamilton duel on July 11, 1804.
Kean Collection/Getty Images
Ideas
By Carey Wallace
Carey Wallace is an author working at the intersection of art, faith and justice. She grew up in small towns in Michigan and lives and works in Brooklyn.

Alexander Hamilton has become an unlikely folk hero in the past year, thanks to Lin-Manuel Miranda’s smash Broadway show, which reimagines Hamilton as a scrappy, complicated hero who works his way from humble roots to the heights of power. Hamilton’s nemesis in Miranda’s version is Aaron Burr, who ends Hamilton’s life in an infamous duel.

But Miranda may have lionized the wrong guy. It’s actually Burr who has long deserved a second look from history—and who looks much more like a real hero today.

He fought for the little guy. Burr worked against rules that gave greater weight to the votes of the rich and laws that required people to own property in order to vote. He opened the first bank in New York that extended credit to the middle class, instead of just the rich. And he fought for an electoral system that would give more power to each individual voting district, and less to powerful families, like Hamilton’s, who were used to running the state.

He fought for freedom of the press. Burr defended the rights of Thomas Greenleaf, a newspaper editor whose shop was ransacked by an angry mob, and John Burk, a printer and playwright who was locked up and threatened with deportation for criticizing Washington in print.

He fought for emancipation. Burr was a slaveholder. But when the New York state legislature was considering a bill for gradual abolition in 1785, Burr proposed an amendment that called for immediate emancipation of all people living in slavery.

He fought for women. Burr was the only member of the Founding Fathers who believed wholeheartedly in the rights of women. He called Mary Wollstonecraft’s Vindication of the Rights of Women “a work of genius,” and educated his daughter better than most men at the time: by age 10, she could translate Latin and Greek. “I hope yet by her,” Burr wrote, “to convince the world what neither sex appears to believe – that women have souls!”

He loved his wife. Unlike Hamilton, who married at least partially for political gain, then publicly humiliated his wife with a cheating scandal, Burr married for love. He and his wife, Theodosia, set out to form a union of equals, almost unheard of at the time. Their love letters contain everything from discussions of Rousseau to dirty jokes. And there is no evidence that he ever cheated on her.

He fought for the outsider. Burr fought against an ugly tide of anti-immigrant sentiment in the young republic, led by Hamilton’s Federalist party, which suggested that anyone without English heritage was a second-class citizen, and even challenged the rights of non-Anglos to hold office. In response, Burr insisted that anyone who contributed to society deserved all the rights of any other citizen, no matter their background.

He was an outsider. Most of Burr’s political rivals, including Hamilton and Thomas Jefferson, gained influence through alliances with elite families who wielded enormous power. Burr came from a line of famous preachers, but his most enduring political alliances were with men who had no ties to the ruling elite. In contrast to Hamilton, who consistently insulted rivals he believed to be lower class, Burr never publicly shamed anyone based on their status. Instead, he fought to welcome more people of all classes into both political and economic power.

Burr may be the only Founding Father who wouldn’t be baffled or outraged by America as we know it today, in which all citizens, including women and minorities, have an equal vote regardless of class.

In Burr’s own time, his ability to forge alliances across political and regional divisions made him powerful–but also left some wondering whose side he was on. And his consistent refusal to act against his conscience for political gain brought him into conflict with formidable enemies on all sides.

Although Burr never spoke negatively about his own adversaries, he was the victim of smear campaigns by two of the country’s great propagandists: Hamilton, who hated Burr for wresting power from Hamilton in his home state of New York, and Jefferson, who worried that Burr might be powerful enough to take the presidency from him or his Virginia cronies.

In his duel with Hamilton, Burr sought to defend his reputation from decades of unfounded insults. He likely had no intention of killing Hamilton: Duels were rarely fatal, and the guns Hamilton chose made it almost impossible to take an accurate shot. But Hamilton’s death made Hamilton a martyr, and only offered more fodder for those who felt threatened by Burr’s independence and power.

Burr believed that history would vindicate him. “I leave to my actions to speak for themselves,” he wrote, “and to my character to confound the fictions of slander.”

But unlike Hamilton, whose wife worked for years to secure his legacy, Burr left no close family defend his place in history. Burr’s wife, daughter, and grandson all died before him, and many of his papers went down in the shipwreck that claimed his daughter’s life. Hamilton left behind 33 volumes of his writings, Jefferson 27. Burr left only two.

Tantalizingly, Burr claimed that some of the papers lost in that wreck contained notes for an unauthorized biography of the revolutionary generation that would chip away the myths already calcifying around his fellow founders, and reveal the actual men.

When we chip away at those myths today, and sweep the false stories told by Burr’s enemies from the stage, it’s Burr who emerges as a true hero. He was his generation’s most effective enemy of inherited wealth and power. And he consistently challenged his peers to welcome all people into the American experiment.

During America’s crucial first years, as the battles were fought to define American notions of freedom, and decide who should have it, Burr was the most powerful voice calling the young country to actually live up to its radical ideal of freedom for all. 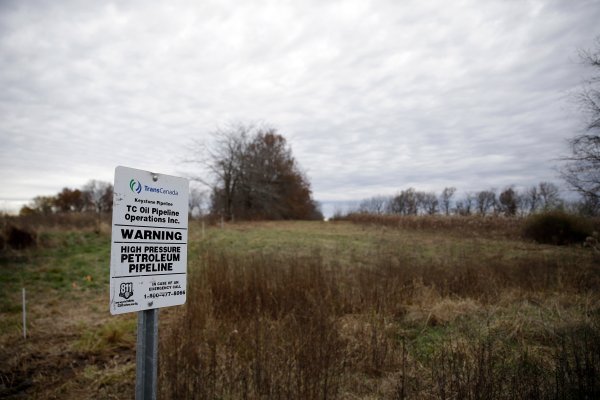