Debt Is Wonderful—Until It's Crushing

Debt is one of our most powerful human tools, right up there with fire. After all, credit is simply a process in which those who have excess capital “rent” it to those who can make productive use of someone else’s money. Milton Friedman liked to call the interest rate the “price of credit.”

To appreciate the wonders of what credit does for us, one must first imagine a world without it. Most of us would live in rental housing decade after decade, slowly squirreling away savings to buy a home. Our cash would accumulate, maybe stashed in the basement or on deposit at a bank. Of course, we would have to pay the bank for the privilege of keeping money there, even large sums. With no lending market, the only profits in banking would come from storing cash safely. If we were lucky, some time in our 60s we might amass enough savings to buy a home.

Meanwhile, across town the parents of a gifted high school student would be lamenting the fact that their talented daughter will never be able to attend college. Yes, college is a remarkably good investment—on average college graduates earn nearly a million dollars more over a lifetime than high school graduates—but where is that tuition money going to come from?

What a tragedy it is to have capital sitting idly in your basement, year after year, when there are families willing to pay for the opportunity to make good use of it. The essence of finance—whether it is a simple bank or a complex derivative engineered on Wall Street—is matching savers and borrowers (and taking a fee for doing so). Credit is what allows farmers to put crops in the ground, businesses to expand, and consumers to buy big-ticket items.

Government borrowing can be healthy, too. Debt helped the United States to win World War II. (Perhaps you have seen those old advertisements in which celebrities like Bob Hope exhort their fellow Americans to buy war bonds.) In states and cities across the country, borrowing has built schools, roads, sewers, hospitals, airports and other public goods that have made us richer and more comfortable.

So what’s not to like? Well, the 2008 financial crisis was a real bummer. As with fire, debt can spread wildly out of control, destroying everything in its path. Mortgage debt launched the financial crisis; overly complex derivatives—debt in fancy packaging—spread the panic globally.

Any kind of debt needs a label with two bold warnings. First, debt is a good thing only if you do something sensible with the borrowed funds. A student who takes out loans to finish medical school will be fine once he becomes a surgeon.

But if you borrow money to drink beer and eat pizza while living in your parents’ basement—literally or figuratively—it’s going to be a problem. This is where the wonder of credit becomes the “debt burden.” Whoever loaned you capital is going to want that money back, with interest. When that’s not possible, everyone involved has a problem.

In fact, even people who are not involved may have a problem. That should be the second bold warning on the label: Financial institutions are prone to panic. Any process that matches savers and borrowers has an inherent vulnerability. If lenders want their money back immediately, and that money has been loaned to someone attending college or building a home or expanding a restaurant, there is no way to return the capital on demand—even if the loan is perfectly healthy.

Once lenders fear they may not get their money back (perhaps because of a bad harvest or a collapse in real estate prices), they typically rush to get back whatever they can, exacerbating the underlying crisis. Even healthy institutions can go bust in a panic. Remember the scene in “It’s a Wonderful Life” in which George Bailey faces down anxious depositors at the Bailey Building and Loan? They want their money and he doesn’t have it. That’s pretty much the history of financial crises in America.

Federal deposit insurance (created in response to the devastating bank runs during the Great Depression) now protects conventional bank deposits. There is no such protection for the less conventional financial institutions that comprise the “shadow banking” system.

Our problems in 2008 began with a downturn in the real estate market. It became a full-blown crisis only when real estate debt infected the broader financial system. At that point, any institution with any exposure to bad real estate debt wanted its capital back (and was not inclined to make new loans). Then, as always, when the financial sector gets sick, every part of the economy that depends on credit gets sick, too.

In most ways 2008 was just another banking panic, albeit with shiny new kinds of banks and debt instruments. As Yale Economist Gary Gorton told the Financial Crisis Inquiry Commission, the body created by Congress to examine the causes of the 2008 crisis, “Yes, we have been through this before, tragically many times.”

Hence the fire analogy. We can warm ourselves and cook our food, or we can burn the neighborhood down. So it is with debt. We love borrowing for what it allows us to do—until we can’t pay it back. And we love bankers who make it possible—until we want to pelt them with stones. 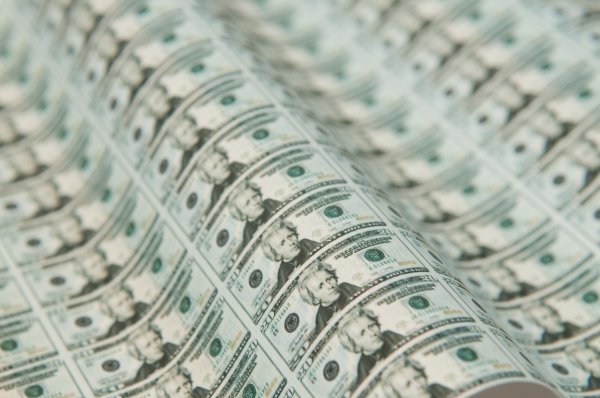 The Candidates Have to Get Real About Our Debt
Next Up: Editor's Pick