In this file photo taken on May 24, 2012, Spanish reporters Javier Espinosa, right, and Ricardo Garcia Vilanova, left, pose for a photo in Barcelona. The two Spanish journalists were freed after being held captive for six months in Syria by a rogue al-Qaida group.
Joan Borras—AP
By Andrew Katz

Two Spanish journalists who were kidnapped in Syria six months ago and freed on Saturday are now back home in Spain, the daily newspaper El Mundo reports.

Veteran war correspondent Javier Espinosa and Ricardo García Vilanova, an award-winning freelance photographer, were released to the Turkish military near Tal Abyad, a Syrian town close to where the pair was abducted on Sept. 16.

Espinosa’s wife, Mónica García Prieto, posted a tweet on Saturday that read Felicidad pura, or “Pure happiness.” After his return, Espinosa said, “Thanks to those who made ​​it possible for us to come home.”

The journalists were originally abducted alongside several Free Syrian Army fighters and held at a detention facility in Raqqa by a brigade of the extremist group Islamic State of Iraq and Syria. The group, which released the fighters after less than two weeks, is thought to be holding dozens more aid workers, religious figures and journalists.

Fears that Espinosa was in trouble began when his Twitter followers noticed his account went silent on Sept. 15. Word of his capture began to spread quietly, but a media blackout was imposed until El Mundo went public in December.

Syria is the most dangerous location in the world for journalists, press freedom groups say. The Committee to Protect Journalists said at least 29 journalists were killed there in 2013 and another 61 were detained. About 30 journalists are still believed to be held throughout the country.

Some of the more high-profile cases included that of American journalists Austin Tice, who went missing in August 2012 while reporting near Damascus, and James Foley, kidnapped three months later as he was leaving Syria. Families of both reporters initially chose not to publicize their cases but have since initiated massive support and information-gathering campaigns.

The French government has also been working for months to secure the release of reporter Didier Francois and photographer Edouard Elias, who disappeared in June. 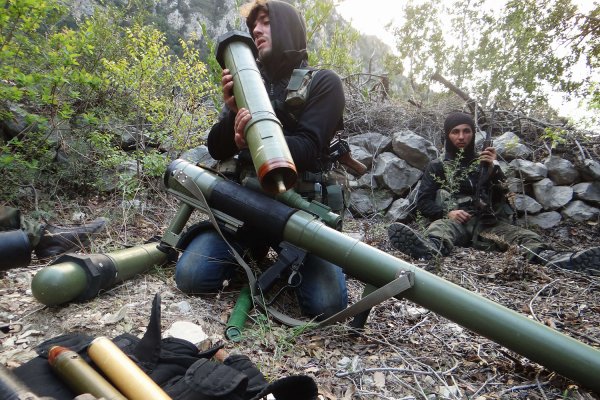 Syrian Rebels Fight Back in Media War
Next Up: Editor's Pick