Clothes hang on a fence adjacent to a camp for migrants on the island of Chios, Greece, April 5, 2016.
Tyler Hicks—The New York Times/Redux
By Oscar Lopez/Chios, Greece

Her fingers reaching through the small gaps in a barbed-wire topped fence that surrounds the Vial migrant camp in the hills of the Greek island of Chios, 16-year-old Yasmin tells her story. Yasmin, who declined to give her last name for safety reasons, is from Afghanistan, where she lived with her parents in Nuristan, a remote province that has long been home to Taliban militants. She says her father had worked as a driver for NATO, and as security in the province deteriorated, this made him a target for the Taliban—and drove them to leave Afghanistan.

Yasmin and her family paid smugglers to get them through Turkey, and eventually, to Chios. Like the hundreds of thousands of migrants who took the same route last year, they were hoping to use Greece as a way station into mainland Europe, and then to safety in Germany. But in the last few weeks, the situation in Europe has drastically changed. As a result of the new deal between Turkey and the E.U., which went to into effect last month, all migrants arriving in Greece after March 20 are required to either register for asylum in Greece or be sent back to Turkey. The borders with the rest of Europe have essentially been shut.

While their cases are being processed, most migrants are being kept in camps that have been transformed into closed detention facilities: Moria on Lesvos and Vial on Chios, where Yasmin is now living with her parents. But perhaps not for long—Afghans, abruptly reclassified as economic migrants by European countries, now seem increasingly unlikely to have asylum requests granted. Yet Yasmin says she and her family are still hoping they will be allowed to stay.

“We apply for asylum in Greece,” she says. “But they don’t tell us when the interview will be. One month? Two months? A year? Nobody knows.”

In the meantime, Yasmin and others who arrived after March 20 are stuck in Vial, where she says conditions have become unbearable. “It is a jail,” she says. “Food is terrible. There isn’t enough water, we can’t wash our clothes. When we are sick, we have to wait three hours to see a doctor. There is fighting every night here. There are too many people.”

The day the deal went into effect, Chios had 1,200 new arrivals who were all sent to Vial. In protest of the terms of the E.U. agreement and what they see as the inhumane conditions of detention, many organizations like the Norwegian Refugee Council (NRC) and even the U.N. High Commissioner on Refugees (UNHCR), who had formerly provided support to Greek authorities, have minimized their involvement in the camp, which has only made conditions worse. “We don’t want to support authorities to manage a jail,” says Sébastien Daridan from the NRC in Chios. “A jail where people are kept illegally because they haven’t even been informed why they have been detained. A jail that isn’t even meeting the minimum standards for a jail.”

Read More: Meet the Iraqi Refugees Who Are Going Back to Iraq

The Vial center—set up for around 1,100 people—is now far over capacity with approximately 1,800 people, and without any of the support from the organizations that had been helping to run it. “There was a huge problem with overcrowding,” says UNHCR’s Katerina Kitidi. “Everyone was on top of each other, with no proper access to assistance. Food was not sufficient. They just didn’t have capacity for so many people.”

Giorgos Kyritsis, from Greece’s Coordinating Body for the Refugee Crisis Management, denies that Vial is a prison or even a detention center. But he still admits that the conditions there are far from ideal. “After the E.U.-Turkey agreement, we had to convert these open camps into closed facilities,” he says. “We had to do it in just two days with limited resources and funding. We want to guarantee the rights of everyone who made it under the E.U.-Turkey status, but we did have some problems.”

On April 1, the situation erupted, as a fight broke out between Afghans, who have increasingly been marginalized from the asylum process, and Syrians, whose claims to asylum are more likely to be processed. Six people were hospitalized and around 600 migrants escaped from the camp. One of those who escaped Vial was Syrian Ahmad Al Hamdan, 46, who arrived on Chios on March 20—just hours after the deal went into effect. Back in Damascus, he was a lawyer, but during heavy bombing of the civil war, his home, his car and his office were all destroyed. His wife was also injured during the bombing, breaking two bones in her ankle and one in her wrist: She made the journey to Greece in crutches while looking after the couple’s three children. “I was frightened for my family, for my children,” says Hamdan of the fight in Vial. “We escaped and walked three hours to the port, but police told us we couldn’t get on a boat.”

Instead, Hamdan and his family set up camp in Dipethe, a small squalid collection of tents in Chios’s downtown. Now he’s living under a stretch of UNHCR tarpaulin with his family and five other asylum seekers, while he waits for Greek authorities to begin processing his case. It could be a very long wait. According to UNHCR, there are only four Greek officials in Vial to process all 1,800 or so asylum cases currently on the island. “I’m a lawyer,” says Hamdan. “I love order, I love systems, I love the law. But here, there is no order, there is no law.”

Kyritsis says that wait times will improve, noting that under the terms of the E.U. deal, hundreds of legal specialists and translators are bound for the Greek islands to help with processing. He also says they are working to improve living conditions for those inside Vial. “We are doing our best,” says Kyritsis. “We know that people are fleeing war and they are not satisfied with the conditions. But we are a country under severe austerity for six years. We are underfinanced and understaffed. We are trying.”

But the influx of migrants into Chios has also stoked tensions with local residents who are suddenly aware that—unlike the hundreds of thousands of migrants who were only passing through Chios—the 1,800 migrants here now could be stuck indefinitely. “This year, we’ll have no tourists, us or Lesvos,” says Tasos Hatzelenis, a tour operator in his 50s. “It’s a catastrophe, because of the refugees. But what can we do?”

In the shadow of a 16th century stone wall that surrounds Chios, another camp has been set up by UNHCR to take up the overflow of migrants from Vial. Though initially meant as a temporary camp, due to the new asylum process it’s becoming packed and permanent. Inside, Aveen Barkal, a 25-year-old Syrian, is stuck waiting with her two children, aged four and five. But Barkal is an E.U. resident: she fled Aleppo with her husband two years ago, leaving her children in the care of her parents. They reached Sweden and were both granted asylum.

Two years later, Barkal’s parents also made their way to Europe to reunite her with her children. But, in the wake of the E.U. deal, the situation has completely shifted. Without their asylum claims processed, her children are stuck in Chios. “I’ve asked many organizations for help,” she says. “But they say there is nothing they can do. Now, I’m back living in a tent. Just waiting for my children to be able to come with me.”

Situations like these have become increasingly common on Chios, as both residents and migrants adjust to the new reality. “It’s Kafkaesque,” says Daridan. “Europe has signed a deal that has, as a direct consequence, left thousand of people being illegally detained. And we are doing this in a union that was supposedly based on the rule of law.” 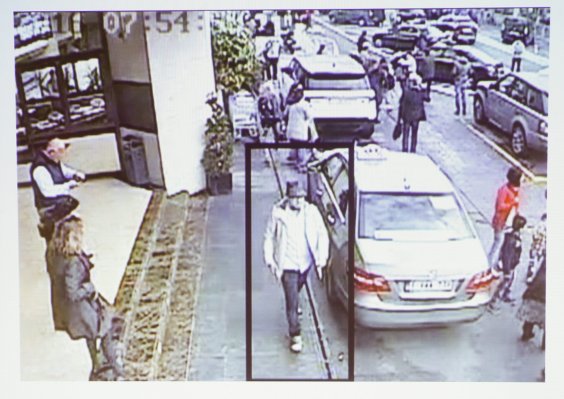