French and Spanish authorities in have seized a man suspected of supplying guns to Amedy Coulibaly, the man who took hostages and killed four people in a kosher supermarket in Paris.

Antoine Denive, 27 years old and French, was arrested in a raid on a house in Malaga, Spain on Tuesday. He denied the charges against him before a judge, and may be extradited to France, the BBC reports.

Denive had apparently left France before the January 2015 attacks in Paris that began in the Charlie Hebdo offices, where a pair of brothers murdered staffers. The next day, Amedy Coulibaly reportedly shot a police woman in the suburb of Montrouge, and the day after that, he took hostages in the kosher supermarket and killed four. The siege ended when a SWAT team killed Coulibaly. 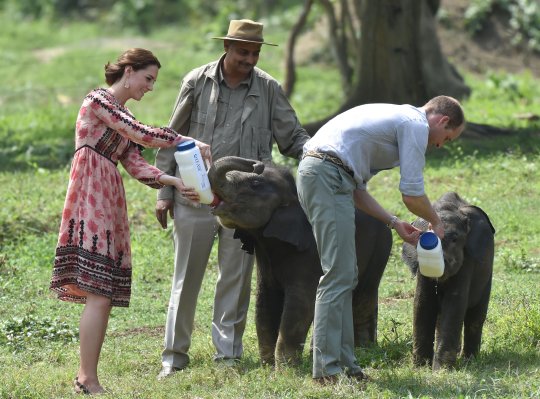 Prince William and Kate Middleton Feed Baby Rhinos and Elephants in India
Next Up: Editor's Pick