It's Impossible to Find Out If Self-Driving Cars Are Safe, Says Report

One of the arguments for self-driving cars is that they will be safer than human-driven vehicles.Human error is the cause of 94% of car crashes, according to the National Highway Traffic Safety Administration. Those errors include drunk driving, speeding, distraction, and fatigue.

But a new report finds that self-driving cars can’t be tested enough hours to determine their safety. The report from research firm RAND Corporationsays autonomous vehicles would need to be tested “hundreds of millions of miles and sometimes hundreds of billions of miles” to gain enough information to compare its safety to human-driven automobiles. Such thorough testing would require “tens and sometimes hundreds of years,” which would make it impractical to accomplish before clearing the vehicles for regular consumer use, the report said.

According to the U.S. Department of Transportation, there were 2.29 million auto-related injuries and 32,028 fatalities on the highways in 2013. However, those numbers come in the context of the 3 trillion total miles driven annually in the U.S.

“The most autonomous miles any developer has logged are about 1.3 million, and that took several years,” study co-author and RAND senior statistician Susan Paddock said in a company statement. “Even if autonomous vehicle fleets are driven 10 million miles, one still would not be able to draw statistical conclusions about safety and reliability.”

The RAND researchers say that industry needs to develop other ways to examine whether self-driving vehicles are safer than those piloted by humans.

Google has said there have been more than a dozen accidents with its self-driving cars since theself-driving car project began. But it has said all of those were caused by humans. (However, human drivers have prevented the autonomous vehicles from causing an accident 13 times so far.)

Still, data from researchers Brandon Schoettle and Michael Sivak from the University of Michigan Transportation Research Institute found that self-driving vehicles have been nearly five times as likely to get into accidents as those driven by humans. They also saw somewhat elevated numbers of injuries per crash compared to normal traffic but no fatalities.

Schoettle and Sivak based their October 2015 analysis on available data from California as well as more extensive data from Google. They then compared the number of accidents to 2013 national safety records. The researchers noted that the amount of recorded miles was low compared to conventional traffic.

The automated cars weren’t at fault in any of the crashes. Instead, they were struck when stopped or moving slowly in traffic and most frequently were rear-ended. 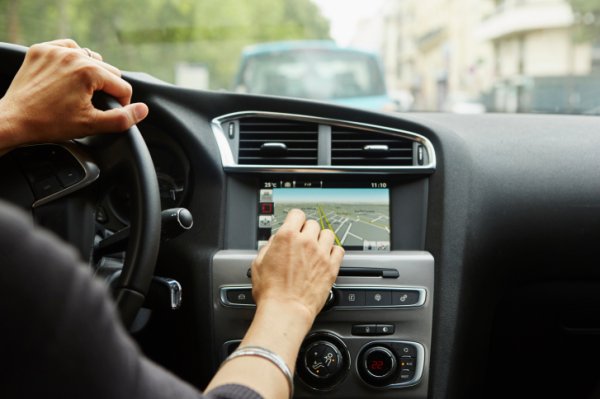 How GPS Is Weakening Our Power to Navigate
Next Up: Editor's Pick