View of a sign outside the building where Panama-based Mossack Fonseca law firm offices are placed in Panama City on April 3, 2016.
Eduardo Grimaldo —AFP/Getty Images
By Rishi Iyengar

Local authorities raided Tuesday the Panama headquarters of law firm Mossack Fonseca, the source of the massive document leak known as the Panama Papers, which detail numerous offshore shell companies and tax havens used by many of the world’s rich and famous, including several political figures and celebrities.

The raid in Panama City was carried out by police in conjunction with an organized crime unit “with no incident or interference,” according to Agence France-Presse, citing a statement from prosecutors.

The Panama Papers, released last week following a yearlong investigation by over 100 news organizations worldwide, consist of over 11.5 million documents from Mossack Fonseca, which specializes in helping set up offshore companies.

The leak has embroiled several world leaders, with Iceland’s Prime Minister Sigmundur Gunnlaugsson stepping down soon after the documents came to light and his British counterpart David Cameron under fire after admitting he benefited from an offshore account set up by his father. Russian President Vladimir Putin — many of whose close associates were revealed to have offshore accounts — has dismissed the leak as a U.S. conspiracy against him, while authorities in China (where at least eight current or former members of the country’s top governing body, the Politburo, were named) have censored all mentions of the Panama Papers.

Tax avoidance — as distinct from tax evasion — is a legal activity and being named in the Panama Papers does not constitute a suggestion of wrongdoing.

The raid comes as tax officials from more than two dozen countries are set to congregate in Paris on Wednesday, in order to initiate a global inquiry into the revelations from the trove of documents.

The officials, who represent 28 countries, will also scrutinize allegations of tax evasion that emerge from the leak, the Guardian reports, and create an international strategy to combat it in the future. 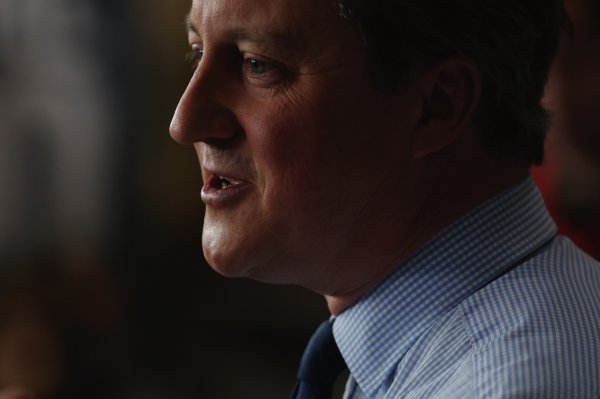 David Cameron to Speed Up Tax-Evasion Rules
Next Up: Editor's Pick