A super PAC opposing Donald Trump is releasing a new web ad criticizing the GOP front runner for allegedly accepting funds earmarked for small-business recovery after the attacks of Sept. 11, 2001.

The video released by the #NeverTrump PAC cites a 2006 investigation by the New York Daily News into the small-business funding program that revealed a Trump-owned property at 40 Wall Street received $150,000 in a federal grant for losses incurred after the attacks.

“Donald Trump owes New Yorkers an explanation for taking funds meant for small-business owners recovering from 9/11,” said Rory Cooper, a senior adviser to #NeverTrump PAC. “In his own words, Trump has said his businesses were unharmed and surely we are not to believe he is a small-business man. Over the years, Trump has flirted with 9/11 trutherism and has lied about events surrounding the terror attack. Trump should own up to what he did with this money.”

Targeted at New York City, the ad is the latest in the GOP establishment’s last-ditch effort to try to slow Trump’s momentum. Coming one week before the New York primary, the group hopes the spot will help keep Trump from winning more than 50% of the Empire State’s GOP vote and with it, nearly all of the state’s delegates. But the fact that the ad is running online, rather than on television, highlights the difficulty that anti-Trump groups have had fundraising for their efforts.

In a statement to TIME, Trump responded to the claims in the ad:

“It was probably a reimbursement for the fact that I allowed people, for many months, to stay in the building, use the building and store things in the building. I was happy to do it and to this day I am still being thanked for the many people I helped. The value of what I did was far greater than the money talked about, much of which was sent automatically to building owners in the area.” 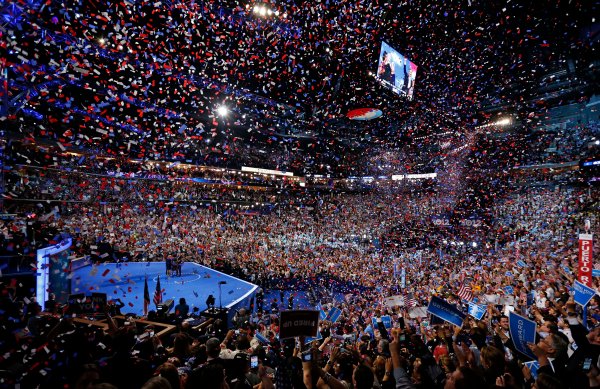