Police have arrested a woman suspected of stealing a ring off the hand of a dead woman lying in a casket at a Texas funeral home.

Kalynn Homfeld, 41, faces a charge of theft from a human corpse after she was allegedly captured on a funeral home’s surveillance camera snatching the ring, Odessa police said Tuesday.

The ring stolen on Friday was worth about $10, according to the Associated Press. The thief tore skin off the finger of the woman, identified as Lois Hicks, her daughter told CBS 7. 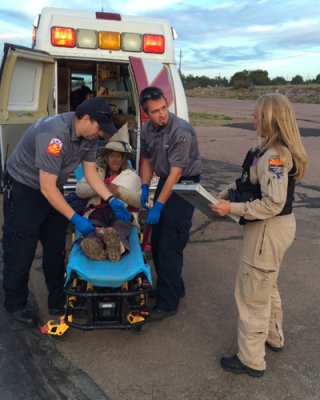 A 72-Year-Old Woman and Her Dog Survived 9 Days Lost in the Arizona Wilderness
Next Up: Editor's Pick