Bots Are Facebook's Powerful New Weapon Against Apple and Google

When Apple introduced the App Store nearly a decade ago, few predicted it would give rise to an industry that will soon be worth $77 billion. That Apple takes a cut of all App Store sales makes the app business lucrative for the Cupertino, Calif. firm, contributing a reported $6 billion to its bottom line last year. Google, too, has a considerable mobile app business.

Facebook is now trying to duplicate its rivals’ success, albeit with a different approach. The social network announced April 12 that it is inviting outside developers to create so-called “bots” for its widely popular Messenger platform, which boasts 900 million users. More than an innocuous new feature, they represent a clever attempt to redirect the app economy’s billions of dollars in Facebook’s direction.

Through a combination of artificial intelligence, scripts and behind-the-scenes human interaction, bots allow users to do things like book hotel rooms, shop for clothes and get the weather by chatting with computer programs the same way they might text with a friend. Firms like CNN, 1-800-Flowers and weather service Poncho had Messenger bots ready for launch, a signal of the potential they see in the platform.

Facebook is bullish on bots because, unlike Apple and Google, it does not offer a mobile operating system to compete with iOS or Android. That means Facebook can’t make money selling other companies’ apps, as those firms do. Facebook’s solution may well be to supplant apps with something from which it could eventually make money, a.k.a. bots. If successful, bots could replace many apps entirely. Facebook isn’t yet taking a cut when users make a purchase through a bot, but it’s easy to see the company doing so should they become popular.

Bots offer Facebook a secondary weapon against Google in particular. While the Mountain View, Calif. firm has a hand in everything from driverless cars to augmented reality, Google still makes most of its profits selling advertising space around search results. Should users bring their queries about the news or the weather to Messenger bots in lieu of searching for that information in a web browser, it would be a big blow to Google—which is already struggling to monetize the mobile web the same way it has the desktop version.

Whether or not bots succeed remains an open question. But bots have already proven popular in parts of Asia, for example. Americans might take a liking to them when they realize that using them can be far easier than downloading and navigating disparate apps. A big problem with apps (and websites, for that matter) is that no two of them work exactly the same way. Good apps should make themselves intuitive, but good apps are few and far between. In contrast, Messenger bots promise a simple step-by-step experience, kind of like a choose-your-own-adventure game, wrapped in a consistent and familiar shell.

“No one wants to have to install a new app for every business or service they want to interact with,” said Facebook CEO Mark Zuckerberg at the company’s annual developer conference on April 12. “We think you should be able to just message a business in the same way you message a friend.”

Zuckerberg is clearly on to something. Most smartphone users don’t download new apps, a sign they’re tired of seeking out new software to interact with every brand that’s part of their lives. If bots can alleviate that headache, they could spell the end of the age of apps. 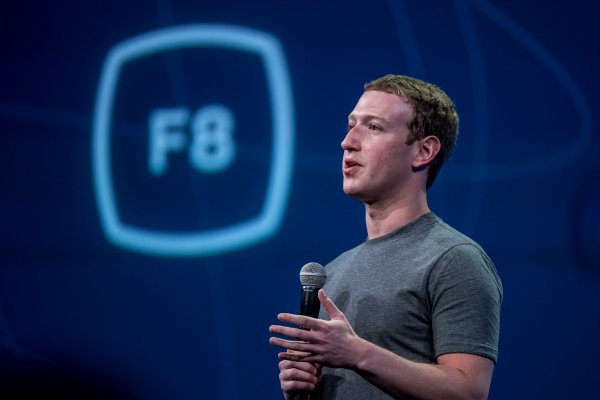 Bots Are About to Take Over Facebook Messenger
Next Up: Editor's Pick