Apple Is Doing Well In This Surprising Category

Sales of personal computers just hit the lowest level in nine years, but you wouldn’t know it from Apple’s results.

The maker of Macintosh computers and MacBook laptops increased its share of the market to 7.4% in the first quarter and passed Asus to grab the No. 4 ranking worldwide, according to market tracker IDC. Shipments of Apple computers declined an estimated 2% from the first quarter of 2015, IDC estimated, but that was much better than the overall market, which dropped 11.5%.

Apple benefited from its strong retail footprint as well as interest from consumers who first bought an iPhone (Apple sold more than 10 times as many phones as PCs last year). Most vendors are forced to compete for shelf space at Best Buy or online at Amazon and other sites. Apple is also less dependent on corporate sales than some of the larger PC makers like HP and Dell at a time when big companies have slashed their purchases.

There is one caveat on Apple’s improved IDC ranking. Apple and other PC vendors don’t report official first-quarter results for a few weeks, so the IDC estimates could change.

And the Mac maker may not be able to hold the fourth-place ranking, as consumer demand historically fades a bit for the next few quarters and larger buyers become more significant.

“IDC still projects total business IT spending to grow compared to 2015, and as we head toward the end of 2016 things should start picking up in terms of Windows 10 pilots turning into actual PC purchases,” Jay Chou, research manager at IDC, said in a statement.

Looking just at the U.S. market, Apple actually slipped in the rankings, from third place to fourth, as Lenovo moved slightly ahead. But the bigger story was Dell capturing the top spot away from HP for the first time since 2009. 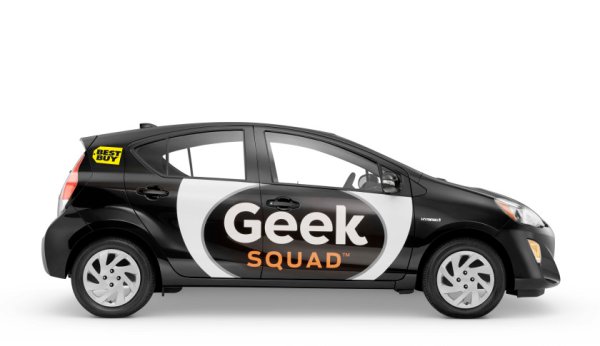 Best Buy's Geek Squad Is Getting Some New Wheels
Next Up: Editor's Pick