North Korea’s rhetorical attacks on Washington are reliably colorful. The U.S. is an “imperialist” state, and Secretary of State John Kerry is a “wolf with a hideous lantern jaw.”

However, an article in the state publication DPRK Today takes rhetoric to the next level. The Korean-language piece, which was published online on Monday, is an open letter to President Barack Obama, purportedly written in the voice of another tall head of state from Illinois — Abraham Lincoln.

“Hey, Obama,” the letter opens, according to a translation offered by the Associated Press. “I know you have a lot on your mind these days … I’ve decided to give you a little advice.”

It then goes on to mock Washington’s apparently failed commitment to ridding the world of nuclear weapons. “If the United States, a country with the world’s largest nuclear weapons stockpile, only pays lip service, like a parrot, and doesn’t do anything actively, it will be a mockery to the entire world,” the North Korean Lincoln writes.

“It’s the twenty-first century,” he adds, according to the AP translation. “The tactic by past American presidents, including me, who deceived the people … is outdated. That doesn’t work now. The world doesn’t trust an America that doesn’t take responsibility for what it says.”

Tensions between North Korea and the wider world have been especially high in recent months, following the hermit state’s flaunting of its potential nuclear capacity earlier this year. The West has since imposed further sanctions on the country, prompting its state-controlled media to advise the population to brace itself for a coming famine. Meanwhile, an American college student, Otto Warmbier, sits in a North Korean prison after he was arrested in January for allegedly trying to steal a propaganda poster from a Pyongyang tourist hotel. 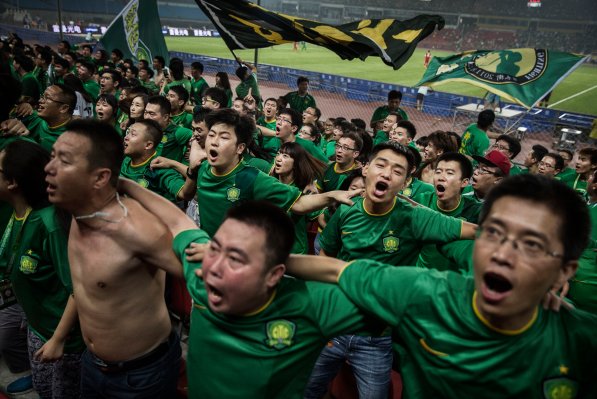 China Wants to Be a 'Soccer Superpower' by 2050
Next Up: Editor's Pick