For citizens of Shanghai, not visiting their elderly parents will soon have a somewhat strange consequence — a lowering of their personal credit scores.

The eastern Chinese city’s government announced the new set of rules — which will come into force on May 1 — in a news conference last week, Chinese news outlet Caixin reported Monday.

The regulations decree that adults living separately from their parents must “visit or send greeting often,” and also gives the parents a right to file lawsuits against their children for neglect. Not heeding court directives thereafter will result in a negative impact on their credit rating, Luo Peixin of the city’s law office told reporters. Luo said the introduction of financial implications for not visiting one’s parents will ensure the law is implemented.

Caixin cites official data as saying people over the age of 60 comprise about 30% of Shanghai’s permanent residents and the demographic is expected to number 5 million by 2018. China’s capital, Beijing, instituted a similar law in 2013 — albeit without a specific mention of credit scores.

That law has been widely denounced as being too vague, with many reportedly saying it doesn’t mention concrete punishments or specify how often children should call on their parents. 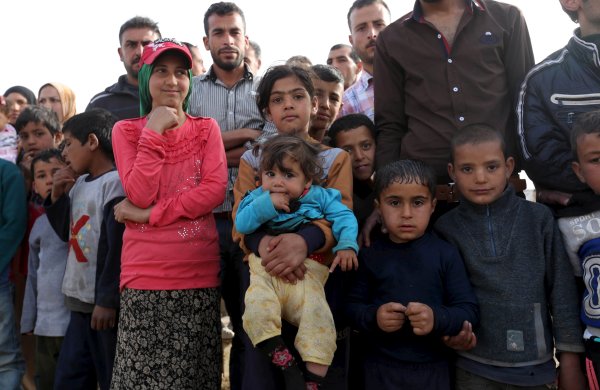 Syrian Refugee Children in Lebanon Used as 'Slave Labor'
Next Up: Editor's Pick