How Convention Costs Put Bernie Sanders in a Bind

Democratic challenger Bernie Sanders has scored political points off his rival’s high-dollar fundraising, while lambasting the influence of the “a handful of billionaires, their super PACs and their lobbyists” in the American political process.

But should he win the Democratic presidential nomination, Sanders stands to be the beneficiary of the same largesse he targets on the campaign trail.

Sanders has not responded to repeated questions from TIME over several months about whether he would ask the Democratic National Committee to stop raising money from federal lobbyist money or PACs if he is the nominee, as well as whether he would return corporate funds solicited for the convention.

If Sanders did accept such funds to the DNC, it would challenge his own rhetoric. The Sanders campaign circulated a petition to oppose such funding to the DNC shortly after the Party announced its new policy in February, but has not commented on its own campaign contributions or agreed to return DNC funding from lobbyists and corporate PACs.

Obama explained his decision not to accept PAC or lobbyist money at the time as a kind of purity test for the Democratic Party. “We’re here today because we know that if we’re going to make real progress, this time must be different,” he said.

Four years later during his re-election, Obama broke his pledge to maintain the ban on corporate funding to the Charlotte convention, when an eight-figure loan from North Carolina-based Duke Energy was forgiven.

This February, the DNC began to accept such money again after a near-eight-year hiatus, announcing that it was loosening its fundraising rules.

In this election cycle, some of that money has been raised by former Secretary of State Hillary Clinton through her joint fundraising account with the DNC, whose coffers she has filled with high-dollar fundraisers across the country. Sanders has repeatedly criticized her appearances at those gatherings, even when the national party was a beneficiary.

Sanders has also made appearances at high-dollar Democratic Party fundraisers, including one on Martha’s Vineyard in 2007 that included more than 100 lobbyists and wealthy donors who donated the maximum possible funds to the Party, MSNBC reported.

A spokesman for the Democratic National Committee said he would not comment on the potential implications of a Sanders nomination on the committee’s finances. 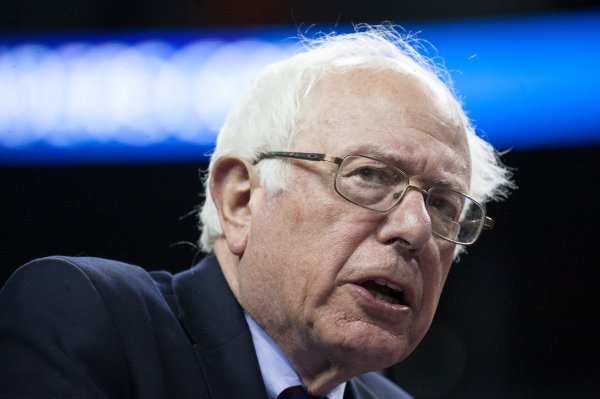 Bernie Sanders to Talk About the 'Idolatry of Money' at Vatican
Next Up: Editor's Pick