Strawberries Have the Most Pesticide Residues: Report

Strawberries replaced apples atop the list of fruits and vegetables with the highest level of pesticide residue, according to a new report.

The report, compiled by the Environmental Working Group (EWG), is based on an analysis of tests of more than 35,000 samples of fruits and vegetables conducted by the U.S. Department of Agriculture (USDA). Apples still rank in second place—after five years in the top spot—followed by nectarines, peaches, celery, grapes, cherries, spinach, tomatoes, red peppers, cherry tomatoes, cucumbers, hot peppers and kale/collard greens.

The switch at the top follows a European ban on the pesticide diphenylamine that likely also affected U.S. supplies, according to EWG Senior Analyst Sonya Lunder. The U.S.D.A. also released new data on strawberries in time for this year’s ranking that helped catapult the fruit to the top spot. In total, 98% of strawberries tested had some form of pesticide residue.

“It’s important to remember that conventional agriculture relies heavily on insecticide,” says Lunder. And “There’s some systematic differences between crops, with some having many pesticides and others being consistently clean.”

People who want to avoid pesticides in the fruits and vegetables at the top of the EWG’s ranking should buy organic produce, according to Lunder. Federal regulations restrict the use of certain kinds of pesticides in organic farming. 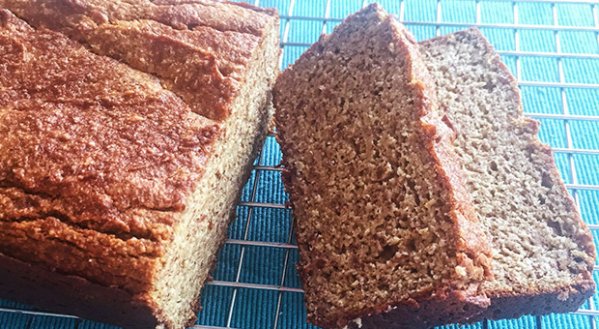 How to Make Banana Bread With Avocados
Next Up: Editor's Pick