For years, the NFL has stood by the contention that there is no direct evidence proving that playing football is linked to traumatic brain injury (TBI) or the devastating brain disorder chronic traumatic encephalopathy (CTE), which is increasingly being diagnosed in former players. And they were right, in a sense. The evidence that existed was circumstantial, and most involved finding signs of TBI in deceased players, making it impossible to know for sure whether their time in the league was responsible or whether other factors played a role.

But now scientists reveal the strongest link yet between playing football and trauma to the brain. In a study presented at the American Academy of Neurology’s annual meeting in Vancouver, scientists led by Dr. Frank Conidi, director of the Florida Center for Headache and Sports Neurology, report that more than 40% of retired NFL players show evidence of abnormal brain structures. And on a series of cognitive tests the players took, half showed serious problems with executive functions such as reasoning, problem solving, planning and attention, while 45% had difficulty with learning and memory.

Conidi analyzed the brains of 40 former NFL players who played for an average of seven years in the league, and had stopped playing for less than five years. All had brain images using sophisticated MRI, and 43% showed damage to the white matter of the brain, which is responsible for connecting nerve cells among different regions. The extent of the damage was enough to be classified as traumatic brain injury. Thirty percent showed disruption of long arms that neurons use to communicate with each other — compromised connections is a leading cause of many brain disorders and the first sign of poor brain health.

MORE: Concussion Expert: Over 90% of NFL Players Have Brain Disease

Conidi found that the more years a player spent in the NFL, the more likely he was to show signs of TBI. However, the number of concussions a player had was not linked to the extent of brain injury found on the MRI. That suggests, says Conidi, that it’s not the big hits that generate so much attention that is the only culprit for brain injury, but also the cumulative effects of multiple, smaller hits that may not actually cause concussion on their own but together may be just as harmful. “It’s not the big hits, the one big concussion but more likely the repetitive banging that causes problems,” he says.

He admits that even his results, which are the strongest yet bridging play in the NFL and brain injury among living athletes, don’t prove that football can cause brain injury. “We’re not trying to make a cause-and-effect analysis,” he says. “This is another piece of the puzzle. This is a big piece, but the puzzle still has many pieces that need to be solved.”

He is continuing to scan more former players and will continue to study them to reveal what the long-term consequences of the TBI symptoms might be. He notes that not everyone with signs of brain injury will develop more serious brain disorders, including headaches, deficits in cognitive functions or even dementia. Finding a way to distinguish between those who do, likely because of some genetic predisposition, and those who don’t, could be helpful for diagnosing and treating players who have had brain injuries.

MORE: Football Head Impacts Can Cause Brain Changes Even Without Concussion

As the data on concussions, TBI and football continues to grow, Conidi advises parents, coaches and professional athletes to start talking about ways to reduce trauma to the brain. That means starting to talk about limiting contact to the head during practice — perhaps even eliminating it — while the research continues. “Give us some time,” says Conidi. “We may need to put things on hold until we figure this out completely. It’s better safe and have to limit contact or play sports that don’t have high-impact contact on a regular basis. If we took away such contact from practice, it would make a huge difference.”

That’s not likely to happen any time soon, and Conidi is the first to admit that. But, he says, it’s time to start considering it as the puzzle pieces continue to create a link between brain injury and later cognitive problems. 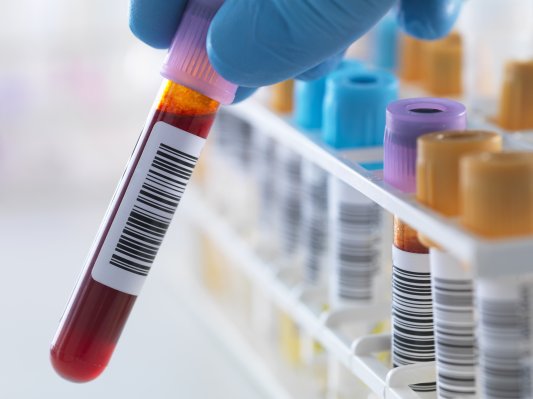 This New Blood Test Could Detect Concussions
Next Up: Editor's Pick