The Next President Should Continue Obama's Labor Legacy

U.S. President Barack Obama delivers the keynote address at the awards dinner for Syracuse University's Toner Prize for Excellence in Political Reporting at the Andrew W. Mellon Auditorium in Washington, D.C., on March 28, 2016.
Getty Images
Ideas
By Raul Grijalva and Jan Schakowsky
Raul Grijalva is a U.S. Representative for Arizona, and Jan Schakowsky is a U.S. Representative for Illinois.

When it comes to the economy, the history books will certainly highlight President Barack Obama’s heroic efforts to save the nation from its worst downturn since the Great Depression. But history should also note how much President Obama has done to raise wages for working Americans.

In 2013, in the wake of the Great Recession, the President declared that the growing income gap between the rich and working poor was the “defining issue of our time.” While the stock market and corporate profits were rebounding, the President recognized that ordinary Americans were being left on the sidelines because of stagnant and falling wages.

But with Republicans in Congress preferring to threaten government shut-downs rather than reaching compromises, the President’s proposals to raise the minimum wage and strengthen labor protections could not get traction on Capitol Hill.

That’s why the Congressional Progressive Caucus and striking low-wage federal contract workers who are part of the advocacy group Good Jobs Nation called on the President to use his executive authority to help workers.

Every year, the U.S. government spends over $1 trillion dollars on contracts, loans and grants with private sector corporations. The truth is that the President, as CEO of the federal government—America’s single largest purchaser of goods and services—has the power to harness this spending power to create good private sector jobs.

Laudably, the President chose to act when the Republican Congress wouldn’t.

During his second term, the President took bold executive action to raise incomes and job standards for low-wage workers. Beginning in 2014, he issued a series of executive orders for federal-contract workers to boost their minimum wage to $10.10 an hour, crack-down on wage theft and other labor law violations, and extend paid-leave benefits.

With the stroke of the pen, the President not only raised labor standards for the federal-contract workforce, but he also got many of America’s CEOs, mayors and governors to follow his example. Because of leadership from the Oval Office, millions of workers are better off than they were eight years ago.

But more must be done to help low-wage workers reach the middle class.

With tens of thousands of low-wage workers continuing to strike for “$15 and a Union,” now is the time for the candidates running to succeed the President to commit to build on his legacy.

That’s why the Congressional Progressive Caucus is calling on the next President to issue a “model employer” executive order that awards lucrative federal contract to companies that pay a living wage of $15 an hour, provide decent benefits and allow workers to form unions without retaliation.

While both of us support different Democratic presidential candidates, given Republicans’ continued refusal to passing anything through Congress that could help the American people, the next Democratic president must be prepared to do everything within his or her power to help workers. President Obama’s legacy includes the willingness to lead despite the GOP’s intransigence, and it’s up to his successor to do the same for the American people. 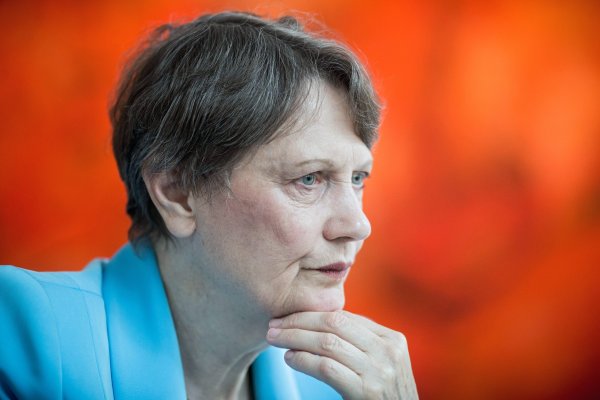 Here Are the Candidates for the Next U.N. Secretary-General
Next Up: Editor's Pick