Trying to catch up on HBO’s Game of Thrones before the sixth season premieres April 24? Well, you won’t get a straight answer to “Is Jon Snow dead?” from Siri, Apple’s voice-command feature for iPhones.

Actress Kerry Washington tweeted a screenshot of one of the robot’s cheeky answers to this question on Sunday night. Siri’s answer references Ghost, Jon Snow’s direwolf pup. If asked again, she might respond with other references from the show—or even joke about computers.

Siri has been known for her sassy responses to jokey or existential questions like “What is zero divided by zero?” and “Are you real?”. For more, see Time.com’s round-up of her funniest quips. 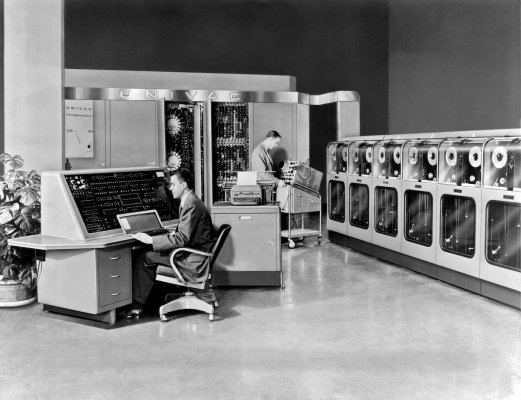 The Story Behind America's First Commercial Computer
Next Up: Editor's Pick