This Is What Happens When Our Institutions Fail to Protect Us

Michal Zebede is a screenwriter and producer known for the social-justice news show ASPIREist. Shiza Shahid is the co-founder of the Malala Fund, a host on ASPIREist, a social entrepreneur, speaker and women’s rights advocate.

We like to believe that here in the U.S. we are protected. We like to believe that the institutions that have been put in place to protect us run like well-oiled machines, precisely according to plan. But oftentimes, it’s the rigidity of these bureaucratic systems—and the failure to see beyond the narrow box of a singular job description—that can be most dangerous.

In the small town of Frederick, Md., just outside of Washington, D.C., a man named Randy White lost both his wife, Debra, and his 28-year-old daughter, Kristen, herself a mother of two, to cancer. Many households in his neighborhood have a similar story. According to the Kirsten Renee Foundation, there are now 1,300 documented cancer victims living within a one-mile radius.

This area of high cancer rates is adjacent to a U.S. military base called Fort Detrick. From 1943-1969, the fort was a center of the U.S. biological weapons program and performed research on chemicals including Agent Orange and anthrax, weaponized botulism and radioactive carbon.

According to the U.S. Army Corps of Engineers and the Environmental Protection Agency, some of these substances were buried in a part of Fort Detrick called “Area B.” The lawsuit alleges that this contaminated the aquifer that feeds into the stream that runs through downtown Fredrick. In 2009 a report from the Agency for Toxic Substances and Disease Registry found contaminants in the the groundwater but said exposure was not expected to cause health effects.

Devastated by the loss of his dearest ones, White became an activist. He hired scientists, conducted research and filed a class action lawsuit against the U.S. army—Erin Brockovich style. There is also a petition to the Secretary of the Army and Congress demanding that this toxic waste be cleaned up. The Army has denied links to cancer deaths and asked a judge to dismiss the lawsuits.

Under U.S. law, the task of fixing Frederick’s deadly cancer cluster falls under no one’s job description, at Fort Detrick or beyond. Although the army has acknowledged that the site is toxic, it has not acknowledged that this is a problem for the neighboring citizens. The Center for Disease Control has given Fort Detrick the highest biosafety level (level 4), meaning that the biological agents housed there are so dangerous, that the highest level of precautions are necessary to keep these agents contained.

The lives of the residents of Frederick have fallen through the cracks of our protective institutions. Hundreds of families have been destroyed. More than 14,000 have signed a petition to clean up the site. For White, this occupied every moment of his existence. “It’s changed my life so radically, sometimes I don’t even know who I am.”

Correction: The previous version of this article misstated the chemicals found near Fort Detrick. They include Agent Orange, anthrax, weaponized botulism and radioactive carbon. 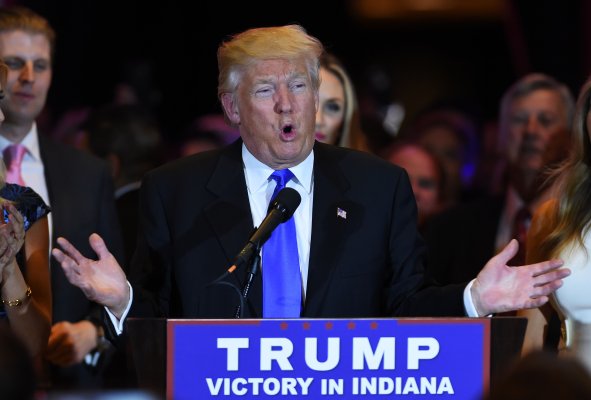 President Donald Trump Versus the U.S. Constitution
Next Up: Editor's Pick