President Obama Admits the 'Worst Mistake' of His Presidency

President Barack Obama said the worst mistake of his presidency was failing to prepare for the aftermath Libyan leader Muammar Qaddafi’s ousting.

“Probably failing to plan for the day after what I think was the right thing to do in intervening in Libya,” Obama said in an interview with Fox News‘ Chris Wallace that aired Sunday.

Though the president still thinks that getting involved in Libya was the right call, he told the Atlantic‘s Jeffrey Goldberg in a lengthy profile it “didn’t work.”

“We averted large-scale civilian casualties, we prevented what almost surely would have been a prolonged and bloody civil conflict,” Obama said of the U.S.’s efforts to prevent mass slaughter in Libya. “And despite all that, Libya is a mess.”

Obama also criticized European leaders for their follow-through in Libya in the Atlantic interview, though British Prime Minister David Cameron said he has no regrets about intervening.

“Do I regret that Britain played our role in getting rid of Qaddafi and coming to the aid of that nation when Qaddafi was going to murder his own citizens in Benghazi? No, I don’t,” Cameron said in 2015.

In the Fox interview, Obama was also asked about his greatest accomplishment as president, to which he responded, “saving the economy from a great depression.” 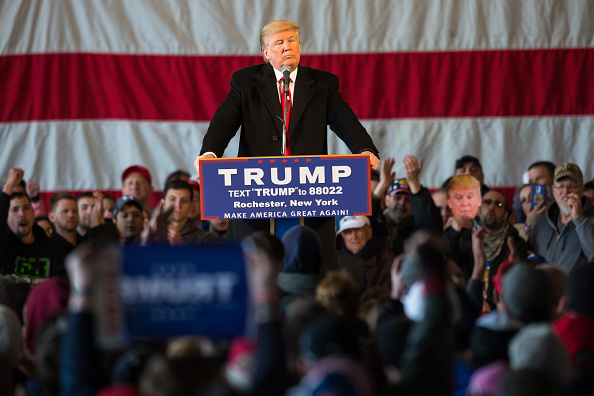 Donald Trump's Kids Can't Vote for Him in New York
Next Up: Editor's Pick