This Is How the Oil Crisis Has Impacted Military Spending

A report by the Stockholm International Peace Research Institute has revealed that most of the world’s nations hiked their military budgets last year, marking the first increase in spending since the 2008 crisis. It seems that the only ones not taking part in this military spending hike are some of the world’s biggest oil producers.

While the United States is still the country with the largest military budget at $596 billion spent in 2015, this figure was actually a decline on the previous year. Saudi Arabia, according to Bloomberg, would also have cut its military budget if not for the war in Yemen. Russia, the world’s top oil producer, shrank military outlays in 2015 to $66.4 billion.

Oil is the most abundant commodity in the world. It fuels all economies, even those firmly on the path to a green future. It is a strategic commodity in every single part of the world, and it was only to be expected that a price slump as major as the one that started in the second half of 2014 would affect every industry, not least the military.

If oil prices are falling, this means lower oil revenues for producers, hence less money to spend on defense. Lower oil prices also mean net importers enjoy more spare cash. At the same time, there are heightened geopolitical tensions in different parts of the world. This is most notable in the Middle East, in Asia—where China is laying aggressive claims to several islands in the oil and gas rich South China Sea—and in Europe, following the Crimea annexation by Russia and its participation in the violence in eastern Ukraine.

China’s neighbors and China itself all upped their defense spending substantially last year. So did Russia’s neighbors. Both groups of countries, which, it’s worth noting, are not major oil producers (except China, of course) benefited from the low prices very directly: they spent less on buying oil for their energy needs, so they had more money to spare on defense.

Some observers of the energy market with a cynical bent say producers need a new war for prices to improve. This sentiment is in itself enough to motivate increased military spending. Coupled with ISIS activity in the Middle East, and the migrant crisis in Europe, the anxiety becomes stronger. And yet, this anxiety, and the plumper military budgets, has not yet had a profound effect on oil prices. The glut is just too deep.

Oilprice.com: Are The Saudis And Russians Deliberately Sabotaging Doha?

A new war, whatever this might entail in terms of location and participants, could indeed improve the price of oil if it is large-scale enough. It could be this hypothetical war that governments in Asia, Europe and the Middle East are preparing for. Let’s just hope the conflict remains hypothetical. The market can rebalance itself without it; it will just take longer. Oil producers will just have to swallow this and wait. 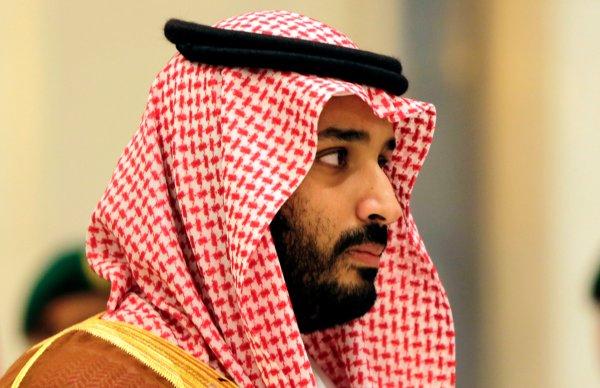 The Truth Behind Saudi Arabia’s $2 Trillion Sovereign Wealth Fund
Next Up: Editor's Pick