3 Secrets for Being More Confident, Backed by Research

Want to know how to be more confident?

Yeah, it’s a trick question. But we’ve all been led to believe that self-confidence or self-esteem is the answer to everything. It’s not. In fact, research shows it’s the cause of a lot of problems.

Don’t believe me? I understand. That’s why I called an expert…

Kristin Neff is a professor at the University of Texas at Austin and the author of Self-Compassion.

Her research will turn everything you thought about self-esteem upside down.

And she’s going to give you some answers on how to deal with the worst enemy you face on a daily basis; that person who is more harsh with you than anyone else and whose criticism never seems to end…

Yes, that person is you.

So What’s Wrong With Self-Esteem?

A lot, actually. First and foremost, it’s contingent. It’s not always there for you.

If you don’t feel like a success, you feel like a loser. Ironic that self-esteem is only helpful when you don’t really need it, right? Here’s Kristin:

More than that, maintaining self-esteem all the time is impossible unless you’re delusional. Self-esteem, as it’s usually defined, is comparative. You’re doing better than someone else.

Guess what? Everyone can’t be above average (unless you’re really bad at math). Here’s Kristin:

But you’ve read plenty of stuff on these here interwebz about raising self-esteem, right? And that must work. And that must be good. Right? Wrong.

California set up a task force and gave it $250,000 a year to raise children’s self-esteem. They expected this to boost grades and reduce bullying, crime, teen pregnancy and drug abuse. Guess what?

It was a total failure in almost every category.

Research shows self-esteem doesn’t cause all those good things. It’s just a side effect of success. So artificially boosting it doesn’t work.

Actually, let me amend that. It is good at raising something: narcissism. So trying to increase self-esteem doesn’t help people succeed but it can turn them into jerks.

(To learn how to deal with a narcissist, click here.)

Alright, all this emphasis on confidence and self-esteem isn’t working. What does work?

Stop lying to yourself that you’re so awesome. Instead, focus on forgiving yourself when you’re not. Here’s Kristin:

Now some people are going to say forgiving yourself all the time will make you a slacker. You’ll lose your edge. It won’t give you the drive that self-confidence does. Wrong…

Research shows increasing self-compassion has all the benefits of self-esteem — but without the downsides.

When you’re self-compassionate you feel less embarrassed when you screw up. Self-esteem doesn’t help here.

Think self-compassion will make you weak?

Soldiers with self-compassion are far less likely to develop PTSD. In fact, how self-compassionate they are is a better predictor of avoiding PTSD than how much combat they faced. Here’s Kristin:

And unlike self-esteem, self-compassion is not contingent. You can always forgive yourself.

And it’s not comparative. You don’t have to be number one to have it. Nobody has to lose so you can win. Here’s Kristin:

Kristin’s research has shown something that you’ll probably intuitively agree with: you’re often far harder on yourself than others. Why is that?

Part of it comes down to neuroscience. Your brain is wired to care for friends in need. But that same system doesn’t kick in when we beat ourselves up. Here’s Kristin:

In her research, Kristin found something that surprised her: being compassionate toward others and being self-compassionate aren’t linked. Shocking? Think about it for a second…

How often are you very nice to friends but very hard on yourself? Pretty often. Here’s Kristin:

And when you are mean to others it frequently gets corrected quickly — people fight back. But when you beat yourself up, whose job is it to defend you?

Exactly. The only voice in your head is yours.

(To learn the four rituals neuroscience says will make you happier, click here.)

So self-compassion wins. Which leads us to the obvious question: how do you do it? It’s easier than you think…

The Golden Rule says you should treat others as you wish to be treated.

Let’s reverse that for second: treat yourself the kind way you often treat others.

Want to be more self-compassionate? It’s easy. Talk to yourself the way you would talk to a friend who was having problems. Here’s Kristin:

Sound silly? Tell that to the Navy SEALs. Positive self-talk is one of the methods that showed the best results in helping them get through their incredibly difficult training.

Talking to yourself out loud can make you smarter, improve your memory, help you focus and even increase athletic performance.

Maybe you’re not buying it. Talking to yourself not doing it for you? Imagine someone who loves you saying the kind words instead. Research shows this delivers serious results.

You forgive others all the time. You need to start forgiving yourself more often.

We’ve learned a lot from Kristin. Time to round it up and find out how to get over the biggest problem people have with being more self-compassionate…

Here’s what we learned from Kristin:

Did I make this clear? (If not, I compassionately forgive myself.)

Seriously, it’s not easy but don’t give up. In fact, at first, being self-compassionate can be hard. Why?

But it’s not a paradox. It’s like a muscle. Exercise it and it will grow. Here’s Kristin:

Stop beating yourself up. Admit you made a mistake. And then treat yourself kindly like you would a friend who screwed up.

As Kristin explains in her book:

Who is the only person in your life who is available 24/7 to provide you with care and kindness? You.

Join over 250,000 readers. Get a free weekly update via email here. 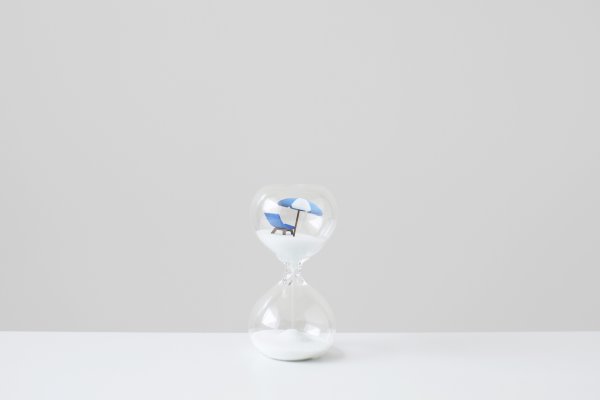 How to Embark on the 3 Paths to Happiness
Next Up: Editor's Pick